2017: The year that… digital developed at a rate of knots 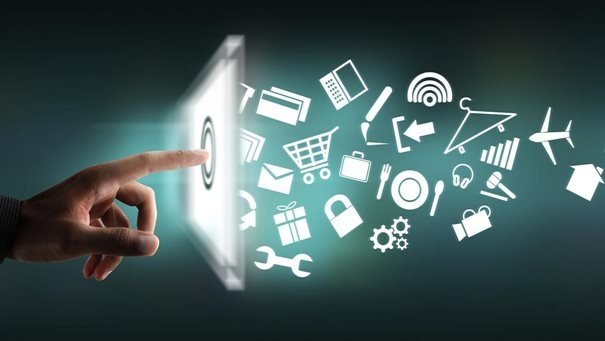 Digital. It’s nothing new. Gen Z love it, millennials love it, perennials love it, nay, even the baby boomers love it (Mum, put Snatch down). As a result, over the course of the year the industry has been continuing its assault and firing from all cylinders on the technology front. From supplier to retailer, digital was big business.

Of course, if we’re talking big business, we have to give a nod to Amazon. The e-tail giant was, as always, dominating the online market, and upped its game in terms of digital innovation following the launch of Amazon Dash, the one-click home ordering service, and voice buying through Amazonbasic. However, with any giant that has a monopoly on the market, challenges to that seat come thick and fast. Indeed, it will be interesting to monitor how its competitors armour up for the battle going into the New Year, with Google and Walmart having already being their onslaught. The two companies this year teamed up to sell Walmart’s wares on Express.google.com, the Google Express app, and Google Home devices. And it seems they’re going about it the right way, with plans in place to allow Walmart customers to be able to shop via the Google Assistant; the artificially intelligent software assistant that runs Google’s Android software in smartphones.

Ah, artificial intelligence. The digital crossover that is evolving the beauty industry and enabling the rising dominance of apps. As consumers continue to make them an everyday occurrence in their lives, personal care and cosmetic manufacturers are ensuring they feature heavily in their digital onslaught. There’s been a fair few interesting app developments over the course of the year, Lancôme, for instance teamed up with Snapchat to create the first bespoke make-up filter, retail giant Sephora of course got in on the action with an update to its Virtual Artists app to include blush and contour shades, while L’Oréal Paris UK also harnessed the power of Snapchat to launch a bespoke lens that would change a user’s hair color by them simply blowing a kiss to the camera. And apps weren’t just disrupting the market in the consumer sphere, with L’Oréal launching a new internal app within the company to allow employees to understand the company culture, a move which was said to be a ‘a breakthrough in the world of Digital Human Resources.’

Indeed, it seems that 2017 also saw the rise and rise of Augmented Reality and Artificial Intelligence, with the two slowly but surely crossing over into the market – Modiface was using Face AI tracking to map facial features, Unilever Venture’s Snatch game is making waves, and Shiseido’s recent acquisition of AI-based data technology company Giaran has pushed them forward in the growing crossover trend.

So what’s next? Well, the technological arena clearly still has huge untapped potential for suppliers, manufacturers, brands and retail to innovate. And innovate they must, if they want to raise their status further in the eyes of 2018’s tech-obsessed beauty consumer. And with such strides being made this year, I’m sure the question on everyone’s lips is, where the hell do we go from here? Well, with the crossover of the technological world steadfastly infiltrating the cosmetics and personal care industry through the likes of AI, AR, apps and much more, it seems, in the word’s of Yazz, ‘the only way is up, baby.’