2017: The year that… gender lines were blurred 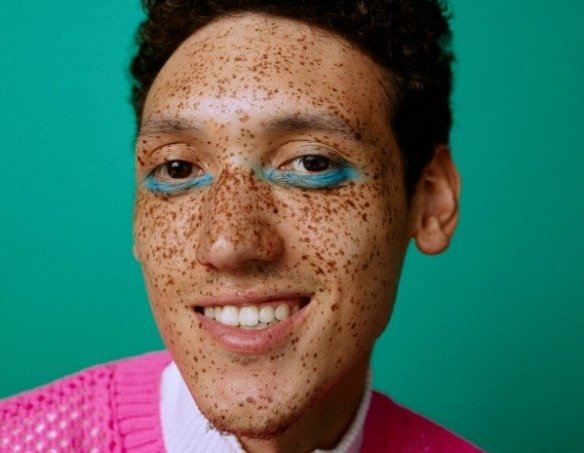 Euromonitor pinpointed the reinvention of gender roles as one of its 20 most influential megatrends set to influence the world through 2030, and we couldn’t agree more. Already we’ve seen a seismic shift in the beauty industry – 2017 was undoubtedly the year that the male-female divide was all but smashed.

We’ve seen mainstream women’s brands hire male ambassadors to front their make-up ranges –L’Oréal bagged Gary aka The Plastic Boy and CoverGirl announced face James Charles in 2016, opening a veritable floodgate for 2017. Maybelline kicked off this year by drafting in Manny Gutierrez, Rimmel followed suit with Lewys Ball and Jake-Jamie Ward was snapped up by L’Oréal.

Then there’s the slew of male-targeted make-up lines that were rolled out, most notably Tom Ford (Estée Lauder), Yves Saint Laurent (L’Oréal) and make-up brand MMUK, which scored a listing on ASOS this summer and is set to make UK history by becoming the first men’s make-up brand to open a bricks and mortar store, according to a report published by the Retail Gazette.

And last, there’s been an interesting category of new-to-market brands emerge that are targeted at everyone – whether male, female or somewhere in-between. To wit, ASOS, who hired a trio of ambassadors for its make-up drop, Richie Shazam, Jazelle and Chen Liu and packaged the entire collection in the gender neutral shade of the moment, millennial pink. Yes, you read that correctly, this putty-blush shade is indeed seen as the ultimate in sexless color.

So who’s betting on the right horse here? Is the new inclusive unisex approach the way to go or are dedicated men’s ranges the future? The former certainly has the advantage of the here and now – after all, you can’t go wrong with a target market of everyone. And while you’d be forgiven for thinking that every other man was slicking on mascara as part of their daily routine thanks to all these high-profile campaigns and launches, the fact is that the men’s make-up market is still very much in its infancy.

“Make-up will never be for all men but there’s definitely a growing audience. To put it into context, globally it accounts for less than 1 percent of the market. But the stigma about men being well-groomed and enhancing their appearance is falling away and cosmetics companies are benefiting from that,” said Charlotte Libby, Senior Beauty Analyst at Mintel in an interview with the BBC.

However, while global spend may be tiny, there are some key markets where spend is already high, and growing by the minute. South Korea is one – men here are the biggest spenders per capita, no wonder LG Household & Health Care launched a beauty subscription service for men – and in China, men’s grooming is now the main driver of growth for the country’s CNY222.2 billion beauty market. Crucially, the gap between men and women’s spend has almost halved in the space of a year.

“”Male cosmetics have traditionally only appealed to small niche groups. However, driven by the individualistic mindset of the millennial consumer in particular, the male grooming industry is seeing something of a revolution,” Global Data Consumer Analyst Lia Neophytou told Retail Gazette. “The availability of male beauty products in physical stores is an emerging opportunity that manufacturers worldwide should tap into and will gain traction, particularly as the social barriers to wearing cosmetics and make-up among men continue to break down.”

But with all the excitement around men’s grooming and make-up, have we forgotten about the women? For as men’s routines grow ever more complex, many women are paring theirs down. A telling report on Shiseido’s latest launch revealed that Japanese millennial women see skin care as ‘akin to brushing their teeth’, and not something they’re prepared to spend much time on. They also spend just ¥10,000 a month on non-essential goods. From that perspective, this new focus on the male market seems less of an altruistic attempt to cater for all, and more of a savvy business move as cosmetics manufacturers seek to make up the shortfall. The company who cracks both markets will win 2018.