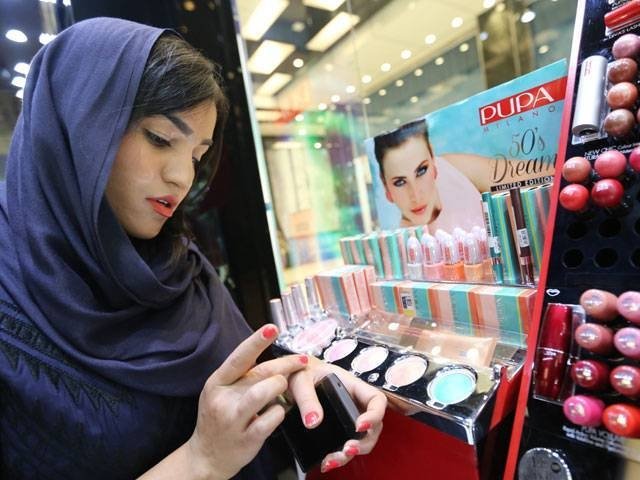 There’s no denying it. Halal has blown up this year. With Muslim beauty buyers becoming increasingly progressive in their beauty buying habits, their desire for halal cosmetics is continuing to grow. Indeed, with Muslim spend on cosmetics expected to reach US$81 billion by 2021, halal is an area with untapped potential.

Indeed, if 2017 has taught us anything, it’s that manufacturers are getting wise and catering to the needs of this large consumer group. Christian Dior’s new Dubai-based standalone store, for example, featured a private women-only consultation room, a move which allowed female customers to remove their niqaab, burqa or hijab to try on products. Over in the US it seems the market boomed during Ramadan, with companies looking to capitalize on this religious holiday in terms of product launches, with two key players in the nail care market – Maya Cosmetics and Orly – launching new ranges.

Meanwhile Unilever Philippines was one of the first to predict the desirability for accreditation and certification. Having gained certification for its Cavite factory, the company began exporting its halal products to Southeast Asia and Australia, also looking to export to Malaysia. And it seemed Unilever Indonesia was also adapting to the boom in demand for halal products, having launched the Pureline Hijab Fresh body moisturizer as a follow-up product to the Sunsilk Hijab Recharge shampoo introduced to market last year. Catering to hijab-wearing Muslim women, the personal care giant ticked two boxes: halal beauty and regional preferences. Indeed, with the products said to have cooling agents, ideal for hijab wearers, it is developing products that adhere to the large consumer group’s ‘unmet needs’.

So where does the trend go from here. As we touched upon earlier in a blog post earlier in the year, accreditation and certification seem to be key. Indonesia passed a law in 2014 that required all halal consumer products to be halal certified and labelled by 2019, while ingredients company Croda recently upped its game, aiming for a transparent and easy process for its halal manufacturing, with its ‘Croda Halal-certified Ingredient Guide’ – no doubt a hit for halal formulators. However, while the knowledge and resources are available, education in some of the largest Muslim communities may be the sticking point going forward into 2018. For example, while the spend is there within India, will the region really demand certification for their products? Or will that be left to the more stringent countries such as Dubai and the Middle East? According to a study by AMust Media, “There’s a lack of awareness among India’s Muslim consumers that mainstream cosmetics may contain haram ingredients. In addition, halal fraud scandals have rocked consumer confidence. In this context, halal certification is vitally important to establishing trust with the Muslim consumer.” So, while it seems that tapping into this gold-mine target audience relies heavily on not only certification, consumer education is also part of the way forward. And with Pew Research suggesting that India is set to become home to the world’s largest Muslim population by 2050, it may be wise for manufacturers to start their education programs in that region…