2017: The year that… sustainability got innovative 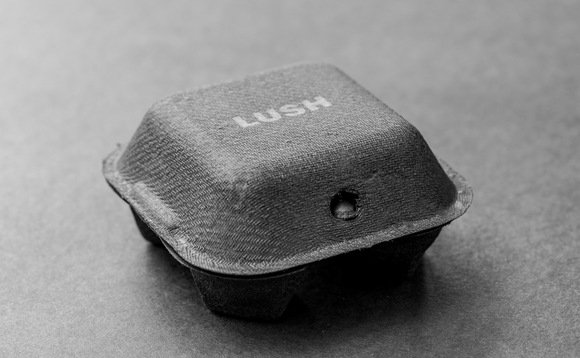 If there’s one thing the personal care and cosmetics world likes to do, it’s innovate. Shiseido recently unveiled ‘Sensing Shoes to detect foot odour’ while Unilever-funded AR game Snatch is doing big things since its inception. And while innovation in the digital world is clear, where does that leave the other mega trend – sustainability?

Here’s things modern consumers like: efficacy, forward-thinking products, and a clean-living back-story to their brands. But with every Tom, Dick and Lauder raising their environmental stakes to challenge each other in the thriving CSR competition ring, sustainability honchos harnessed 2017 as the year in which to shake up their action plans. Alongside the many corporate releases about yet another eco-friendly front running company campaign – because their definitely still there, and they’re definitely still worthwhile – are new initiatives that are, wait for it, innovating in what has, up until now, been a pretty staid area of the industry.
Procter & Gamble kick-started the year teaming up with Terracycle and Suez to announce its new recyclable Head & Shoulders shampoo bottle made from beach plastic, said to be a world-first. Such was the success of this creation that P&G received the United Nation’s Momentum for Change award in the Planetary Health category in October this year.

Lush was also looking for innovative ways in which to showcase its green credentials, this time creating packaging out of recycled coffee cups. Joining forces with James Cropper 3D products, the company decided to take the wastage of single-use coffee cups head on with its solid bath oil packaging made entirely from 100 percent recycled coffee cup fibre – I’ll drink to that!

Meanwhile it was announced in May that Unilever had teamed up with the Fraunhofer Institute for Process Engineering and Packaging IVV to develop a ground-breaking new technology to tackle sachet waste – CreaSolv process, Technology that allows the ‘recovery of plastic from single-use delivery systems so it can then be used to create new sachets.’ An innovative and groundbreaking solution if ever there was one. The Body Shop decided to pool resources from both the digital and environmental world, launching an anti-pollution initiative in London alongside air cleaning system AirLabs. The technology was placed at three bus stops in highly polluted areas and worked to remove harmful pollutants from the air including nitrogen dioxide (NO2) and particulate matter, offering 95 percent cleaner air. Speaking of the development, Elen MacAskill, The Body Shop UK Marketing & Corporate Responsibility Director said: “While these air cleaning units have yet to be introduced on a wider scale, we’re making a start to help protect Londoners from air pollution exposure, as well as help raise awareness of this incredible technology available.” What a breath of fresh air (pun intended).

Just a few examples of the pioneering work that has gone into shaking up the green credentials of brands from supply to consumer, but from the looks of it, 2018 is set to bring more of the same. However, what will be interesting to watch is just how manufacturers and suppliers adapt their environmental offerings even further in the coming year. And if Team Lumos, the CSR category winners of L’Oréal’s 25th Brandstorm competition, are anything to go by – with their outstanding state-of-the-art credit-card sized grooming kit composed of single-use nanocapsules aimed at millennials – it’s all about marrying the need to cater to the desires of the Gen Z and millennial consumer with innovation and modernism.