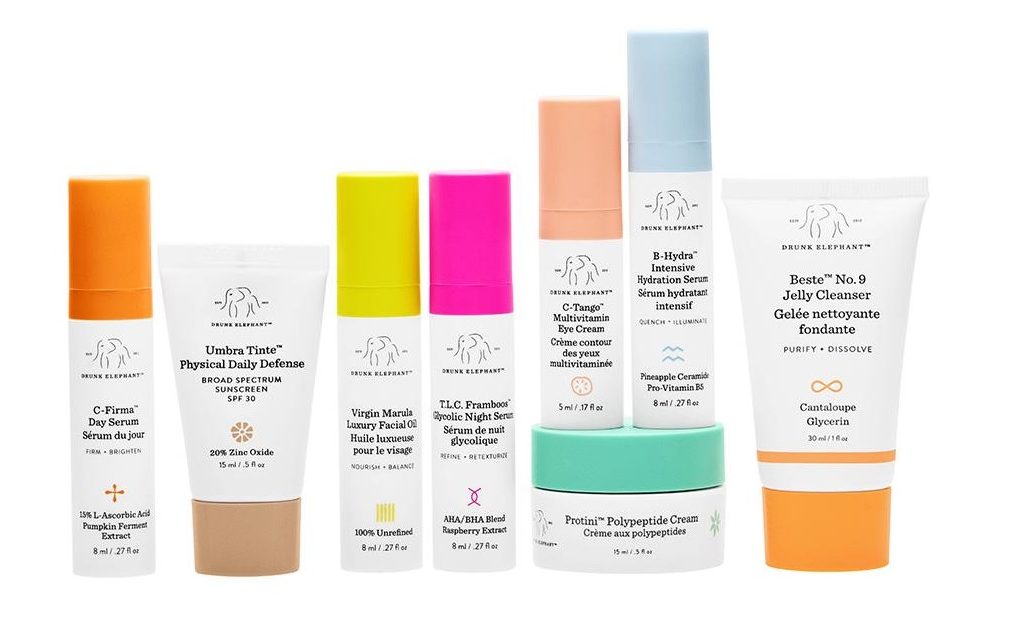 THE WHAT? All year heritage brands have been fighting back against the meteoric growth of independent brands and it looks like they may just have succeeded. Announcing a set of ‘outstanding’ results in November, 2019 The Estee Lauder Companies CEO and President, Fabrizio Freda claimed that the global success of its four biggest brands ‘demonstrates the enduring consumer interest in established brands and their proven, desirable products’. And our consumer research backs him up – again and again the shoppers we spoke to namechecked well established brands: Clinique, Kiehls and YSL Beaute to name but a few.

THE DETAILS: Indeed, while the likes of Lauder and L’Oréal’s results spoke for themselves, there’s been a series of headlines in the latter half of this year that suggest that the gloss might be wearing off some of our biggest Indies.

Sales were rumoured to be tailing off for Kylie Jenner, while Drunk Elephant, having launched a search for a buyer In January didn’t manage to secure one until a good 10 months later and even then, although the exact sum wasn’t disclosed, if rumors are to be believed it didn’t make the billion it was asking for. Charlotte Tilbury, too, was said to be in talks to sell but the money was a sticking point, with the rumoured interested party, Lauder, questioning the US$1.4 billion price tag.

And talking selling up, of course, legacy brands have been fighting back on both the fronts available to them – that’s M&A and taking on the role of incubator. In addition to the M&A activity detailed above, Coty has snapped up a majority stake in Kylie Beauty, while P&G has been busy launching new brands, most recently a range for menopausal women named Kindra.

If the essence of an Indie brand is its founder, as was unanimously agreed during our podcast, then the loss of some key figureheads this year will come as quite the blow. From Brandon Truaxe’s sad demise to Jamie Kern Lima stepping down from It Cosmetics, the independent spirit has been somewhat dampened.

Meanwhile, industry watchdog Estee Laundry has been outing the owners at the likes of Juice Beauty, Colourpop, Mario Badescu, Lush, Tarte, Glossier, Charlotte Tilbury and several more for bullying their staff and creating toxic working environments. The same accusations have been levelled at Coty and Lauder but mud sticks harder to a brand that trades on its figurehead’s relatability than it does to a faceless corporate.

THE WHY AND WHAT NEXT? It’s well worth noting that the success of the legacy brands this year has been almost entirely due to their performance in Asia – and with several Indies launching into the region in 2019 – for example, Sephora, that well established champion of niche, is back in Hong Kong, Drunk Elephant made its debut into China and Tilbury landed in Singapore – not to mention a ‘relaxing’ of the Chinese animal testing laws, which have precluded many Indies from selling on the Chinese market, and Chinese consumers’ increasing openness to local brands, competition is set to be fierce through 2020; the heritage camp will need to work harder than ever.

Equally, while sales may be slowing for some of the larger Indies, by no means is the movement past and it’s certainly continuing to hurt those traditional brands who can’t rely on China to prop them up. What’s more, while Gen Z love a tried and tested brand and have been shamelessly courted by the big guns over 2019, they’re also incredibly frugal – especially in Japan – and value transparency above all else, leaving a window open for disruptors that trade on openness and competitive pricing.

“When you look at things like Beauty Pie, Revolution and INCI List, there’s been a real movement about being honest and transparent about the manufacturing side of the business and that’s been a bit of a game changer,” said Millie Kendall, MBE, CEO at The British Beauty Council. If this new wave of Indie can capture Gen Z’s imagination in the same way it did for the millennials, the battle could be won.