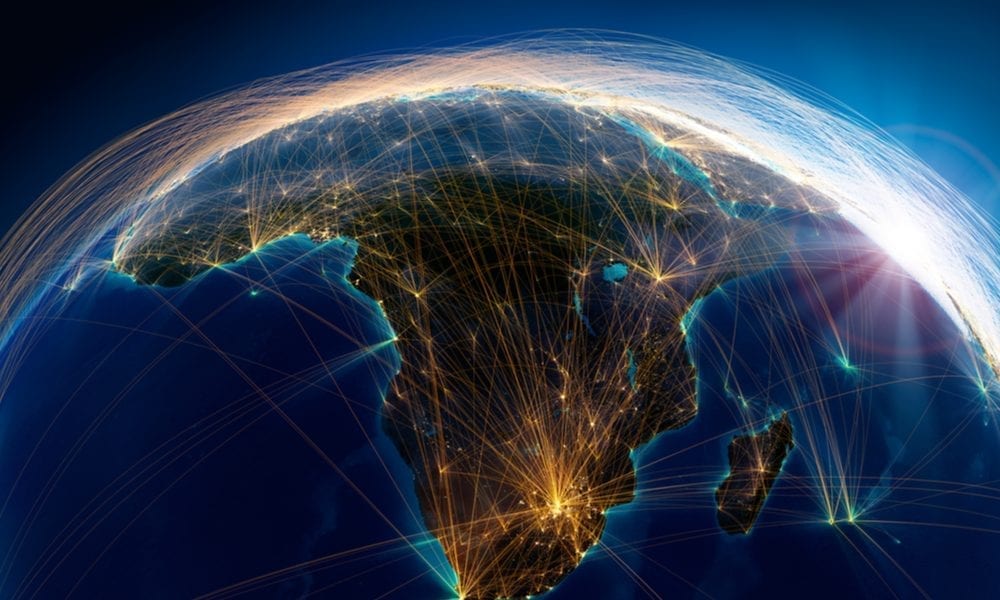 THE WHAT? Over the past 12 months there has been a noticeable gear change in the amount of attention on Africa from cosmetics and beauty brands both domestic and international. As we reported earlier in the year, consumer spending on cosmetics in the continent is rising, and both domestic and international activity in terms of R&D, product development and marketing has increased significantly as a result. Likewise, according to the World Bank, African continents have some of the youngest population in the world – making it an attractive region for manufacturers, brands and retailers alike.

THE DETAILS The region has seen a show of strength and investment from governments over the past year, all keen to bolster its appeal. The tightening of various cosmetics regulations has been a key and welcome focus for those looking to tap into the region across all areas of the industry. For example the East African Community drafted up a set of regulations governing the cosmetics industry, Rwanda and Sudan have banned skin lightening products, and Egypt has tightened toy regulations for items such as cosmetics.

Alongside the regulatory reform, the opening up of trade barriers and the various government investment across the African countries in infrastructure has also encouraged a flurry of private investment from global business. This includes the introduction of the landmark African Continental Free Trade Agreement. Wiping out tariffs for a number of FMCG goods between member African states, the agreement is aimed to help to grow and create a ‘unified market’, according to the FT.

Meanwhile the Tanzanian government has acknowledged the domestic cosmetic industry’s potential, pledging to assist burgeoning local brands as it anticipated the sector could help “create jobs, contribute to the economy and support the government in its industrialization agenda.” While in Nigeria the government has recently unveiled plans to transform the country into a shea hub to boost employment and the economy.

And where investment from governments has been evident, so follows the business investment. Investment growth company Silvertree Holdings has ploughed capital into South African skincare brand SKOON, Kiko Milano has expanded into Saudi Arabia in a partnership with franchise retailer Fawaz Abdulaziz Alhokair & Company, Procter & Gamble launched its first new retail hair care brand Waterl<ss and Qataris entrepreneur Mohammed Rashid Al Matwi acquired funding from the Qatar Development Bank (QDB) to launch a perfume manufacturing factory. Unilever has also invested heavily into Egyptian infrastructure over the past three years, with estimated total spend since 2016 at EGP500 million, while L’Oréal put its money into the development of tech projects in the region, with the Partech Africa investment.

And it’s not only the multinationals brands investing in the region – cosmetic manufacturers are also in on the act. Both BASF & Symrise  have opened R&D facilities, focusing on tailormade formulas specific to the needs of regional consumers in Nigeria.

Marketing by both international and local brands was also prevalent this year. First up Maybelline and L’Oréal professional announced celebrity/influencer African spokespersons, while celebrities with strong social media followings, such as Amber Ray, Boipelo Mabe and Neveen Dominic, have launched their own lines.

The cosmetics retail channel also witnessed a surge, both on and offline; Unilever was looking to e-commerce to get its products to market, entering Nigeria via e-commerce site Jumia  Long4Life shares leapt in May this year, with its personal care and wellness division being one of the top performers. The company also evolved its retail offering, opening a new luxury beauty outlet, Sorbet SK-N, based on the fact that ‘changing demographics of people’s ages, more and more people are looking to improve their wellbeing.”

And if anything signifies the potential of the market its Alibaba’s involvement. The Chinese e-tailer has been laying foundation for growth in Africa and signalling its belief in the business expertise within the continent, taking part in the Africa Netpreneur Prize Initiative and pledging funds to African ‘netpreneurs.’

Similarly Nivea has also been active in the market, having launched its Vaseline rival into market, and having been named as the title sponsor of the recent Accra Fashion Week – highlighting Beiersdorf’s ambition to grow its business across the continent. Likewise Unilever’s Alan Jope has stated to CNBC that the company is playing the long game in the South African market, with it being the gateway into the African continent.

THE WHY? A younger demographic alongside government investment and tighter regulations has encouraged a flurry of activity from both local and international companies throughout the supply chain. With Africa currently representing 3 percent of the global personal care market and with consumer spending on the up, its little wonder industry juggernauts as detailed above are putting down roots in a bid to reap future financial rewards from the expansion of the market. And it’s open to all – while the landscape is male-dominated, banks are increasingly lending to female-led businesses due to the success of their loan repayments, with full gender equity in Nigeria having the potential to add 23 percent, or $229 billion, to gross domestic product by 2025, according to the FT.

The younger demographic looking to embrace wellness and beauty is key, while the rise and rise of influencer brands and campaigns as well as increased digital infrastructure, retail developments and payment – the marketing route of 2019 – highlights that Africa increasingly has its finger on the pulse in terms of catering to modern consumers. Of course, it’s not without its hurdles – the recent Nigerian border closure has had implications across the cosmetics industry and highlights that market development rests on political stability. However, we predict that thanks to the continued investment from governments and companies into regulation, R&D, and marketing, international and domestic activity will continue apace going forwards.