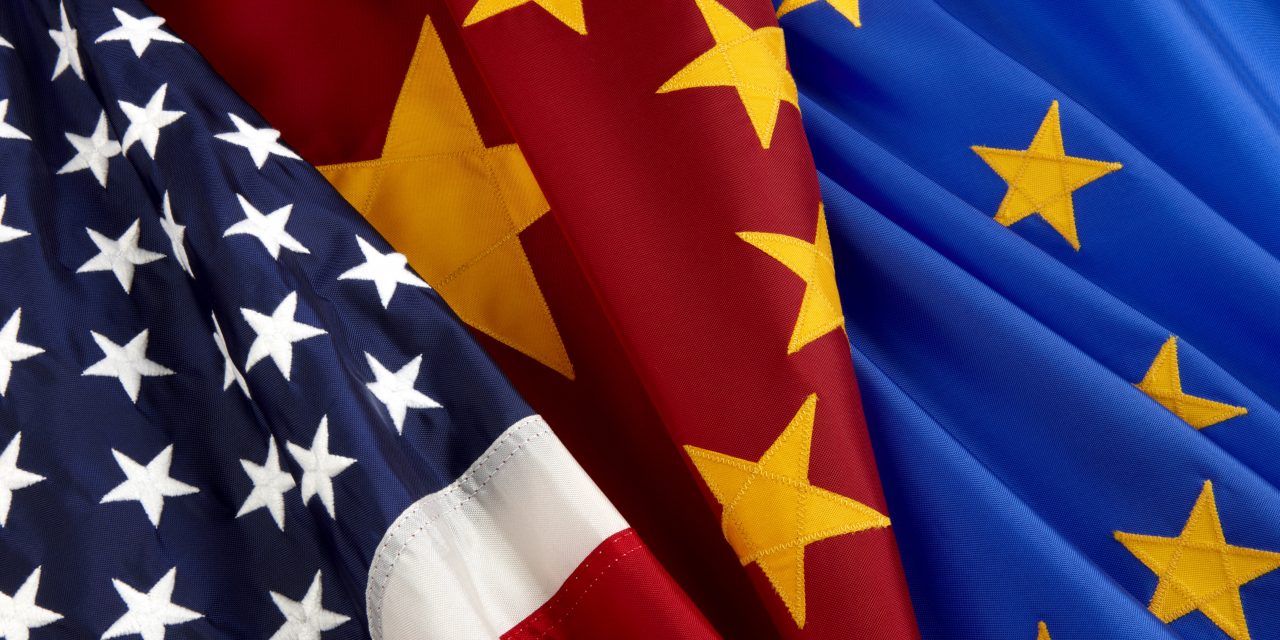 THE WHAT: With tensions continuing to build between the US and China, the United Kingdom and the European Union, and Japan and South Korea, 2019 has not been without its geopolitical challenges – but is all this volatility affecting sales?

THE DETAILS: Well, that depends on the region. In the UK, it’s been a struggle as the Brexit saga drags on. And on. And on. Yves Rocher pulled out of the market altogether just a fortnight before the first Brexit deadline and high street stalwart Marks & Spencer saw sales plummet in the run up to the most recent cut-off date (October 31) while The Body Shop warned that UK staff may be made redundant as a direct result of the UK’s departure. With repeated extensions, the pound has plummeted, uncertainty has reached fever pitch and sales have suffered and with the prospect of a hard Brexit in January still looming, there isn’t much light at the end of the tunnel.

The US and China’s appetite for beauty, meanwhile, seemed only moderately affected by the enmity caused by Trump’s protectionist policies. Although the trade war stood in the way of China surpassing the US as the largest retail market in the world, and retail growth was affected in both markets some of the major cosmetics manufacturers appear to have dodged the bullet with both L’Oréal and The Estee Lauder Companies continuing to rake it in.

Similarly, Shiseido’s sales were propped up by the Chinese market, minimizing the impact of the ongoing spat between Japan and Korea, which has made J-beauty brands persona non grata in Korean bathrooms. Indeed, this dispute has hit companies on both sides, J-beauty ad spend is down while Kolmar Korea Chairman Yoon Dong-han was forced to resign after showing employees a video praising the Japanese government.

We’d be lying if we said that this nationalist fervour hasn’t paid off for some, however. South Korea’s trade surplus has reached an all-time high and AmorePacific saw domestic sales recover, contributing to a 40.6 percent uplift in operating profit in the third quarter of the current financial year.

THE WHY AND WHAT NEXT: And talking patriotism, for all the criticism levelled at Trump and his policies, it can’t be denied that something is working over in the US. Walmart delivered a healthy set of quarterly results even before the lucrative holiday season thanks to a strong performance in its native country, prompting it to raise its annual profit forecast. Indeed, it’s notable how many European and Asian companies are now looking to up their presence in the US – LVMH’s Tiffany deal is a prime example, not to mention Henkel and Unilever’s interest in Coty’s beauty portfolio and Shiseido’s purchase of Drunk Elephant.

However, with a US election scheduled for the end of next year and the ongoing ‘will they, won’t they’ in the UK, it’s anyone’s guess where we’ll be this time next year. Looking at Shiseido, AmorePacific, The Estee Lauder Companies and L’Oréal’s results, it’s very clear that China decides whether you win or lose in today’s cosmetics market and its young, digitally native population’s appetite for luxury cosmetics is expected to endure.