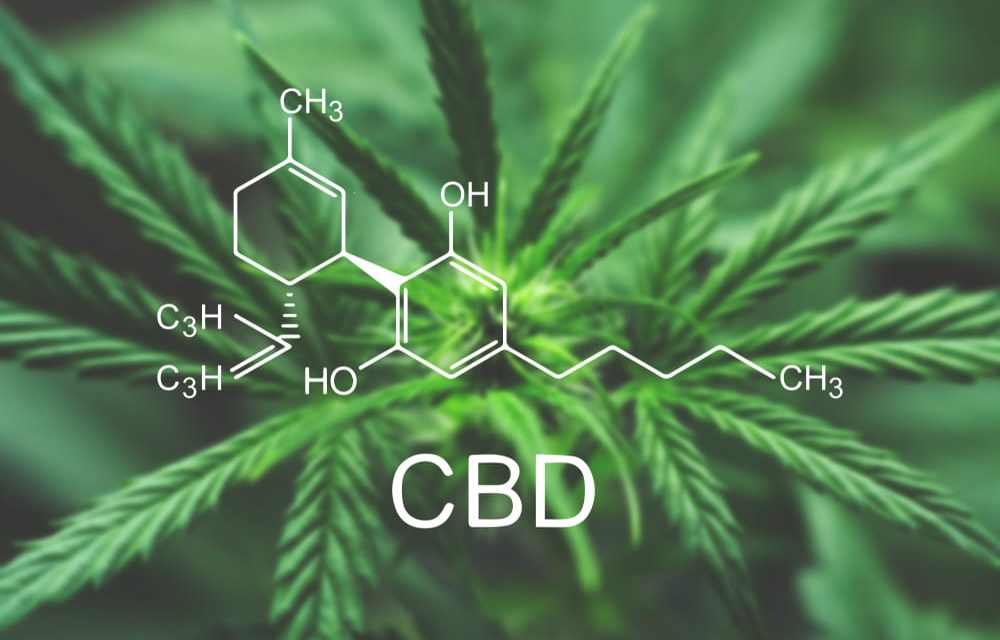 The what? Unless you’ve been living under a rock, you’ll know that CBD has been one of the biggest trends within the beauty and personal care industries over the past year. And with the global cannabidiol cosmetics market predicted to grow 31.3 percent CAGR during 2015-2025, according to Adroit Market Research, its little wonder investors are tripping over themselves to take a slice of the pie.

The details Let’s look at the activity in North America. At the beginning of the year the ‘Amazon of CBD’ website Standard Dose raised $50 million investment from a new fund, while Australian Althea Group has expanded into the Canadian market. More recent nods to demand for cannabidiol-based products is the fact that retailers are getting in on the action; Kroger added products to its retail offering while Shopify’s launched a new CBD platform. And the mass market is getting involved too, with Dollar General set to sell CBD products across 1000 stores in the U.S. In fact, Brightfield Managing Director Managing Director, Bethany Gomez, said, “The CBD market has been growing rapidly, but we will see unprecedented growth in 2019. The bulk of this growth is coming from large retailers like CVS, Walgreens, and Kroger entering the market and providing that availability to consumers.” And it’s going even further mainstream with American Eagle’s launch of its genderless and wellness CBD–based brand Mood and Unilever launching deodorants via Schmidts, nay even Martha Stewart was getting involved.

While North America may be the biggest market, CBD-based products are growing globally. Asia is said to largely be an untapped area for the trend, according to investment company Regent Specific, however, there has been a hive of activity in the region of late. NewH2 made a $5.5 million strategic investment in Bod Australia in order to commercialize the latter’s CBD products while the aforementioned Regent Specific acquired e-commerce platform Yooya to focus on selling CBD products online in Asia. The Thai market is also set to thrive further with the government having taken cannabis and hemp off its narcotics list, with a spokesperson for the Thai Food and Drug Administration stating, “The intention is to allow extracts to be used in medicine, cosmetics and food and support hemp as a cash crop.”

Over in Europe dedicated luxury CBD website The Chillery was launched, with Founder Floriane von der Forst stating the UK was playing catch up. She said, “In the UK, we realised, CBD wasn’t available readily to the extent it was in the US, so we decided to look for brands in Europe and the US for products and producers out there, making sure the European consumer had a high-quality selection of CBD products.” And the trend was reaching the European mass market too, with United Cannabis Corporation teaming up with Cloud 9 to market its Prana hemp line in Switzerland and CC Pharma launching the first CBD brand into Germany.

The why? So why the push? As discussed in our Global Cosmetics News podcast, Consumer behaviour is a major factor – with the global wellness industry growing rapidly, consumers are looking to adopt a more holistic lifestyle in all areas, wanting to harness the mood-lifting and energy boosting benefits of the ingredient, as well as the advantages for physical health. And the R&D and manufacturing was happening apace to keep up with the growing demand – back in February Amyris announced that it had teamed up with an undisclosed partner in a US$255 million deal – its largest ever – to produce CBD from sugarcane using its fermentation technology.

However, for all success stories of brands entering the industry, the market is not without its problems. Dubbed ‘The Wild West’ by CNBC, there is first the issue of supply for the demand. Plantations are simply not able to keep up with the growing thirst for all things CBD, and with farmers not knowing the THC content of their plants until its harvested and dried and CBD removed, it’s a tough gig to be in. As a result, some are flaunting the boom of the market to supply products with untested amounts of CBD. And with no federal laws requiring companies to test the ingredient, it’s an attractive route. Which brings us nicely onto the next hurdle – legislation. Anyone that knows anything about the market knows that from country to country and region to region, the red tape is different. One rule most certainly not apply to another, and the majority of those rules are murky at best. For example, while Thailand, as mentioned, has taken cannabis and hemp off its narcotics list, unpicking the U.S.’ legislation and governing of the CBDmarket from state to state (and plantation to shelf) is akin to unravelling Stephen Hawking’s quantum theory. Likewise over in the UK earlier in the year the European Food Safety Authority flexed its authoritative muscles, reclassing CBD as a ‘novel food’, meaning that the products could be banned from sale without a novels food licence.

What we can take from 2019 is that the CBD market is one that is going nowhere fast, in fact, it’s in its infancy. The coming year looks set to be pivotal in the development of the industry in terms of more investment, more R&D, product development and retail accessibility. However, what the market desperately needs is a more concise, clear and structured governing body in order to iron out any grey areas, allowing the market to flourish further globally.