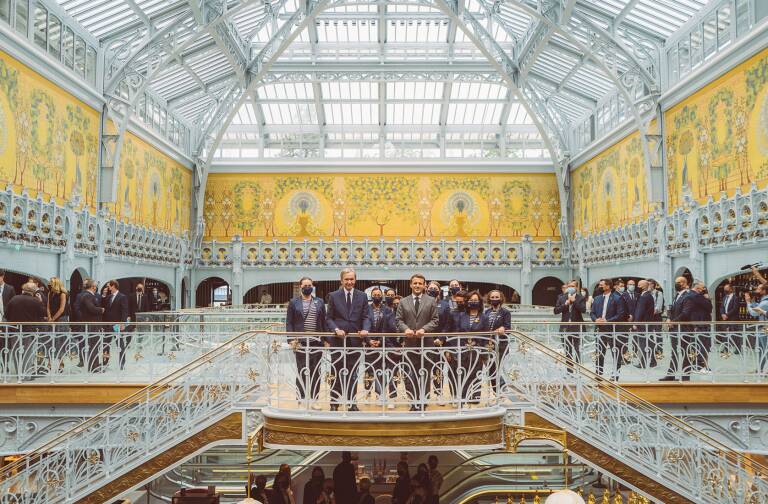 THE WHAT? Activists have defaced the newly renovated La Samaritaine department store in France, according to a report published by Reuters, and hung a banner from LVMH’s HQ in a bid to draw attention to the widening inequalities in France caused by the pandemic.

THE DETAILS La Samaritaine reopened its doors to the public on June 23 following a ‘titanic’ restoration project. The store boasts continental Europe’s largest beauty space as well as a beauty studio and spa.

THE WHY? Attac’s Robin Hood-esque goal is to persuade France to tax its richest residents more and usher in a levy on windfall profits made as a result of the pandemic.