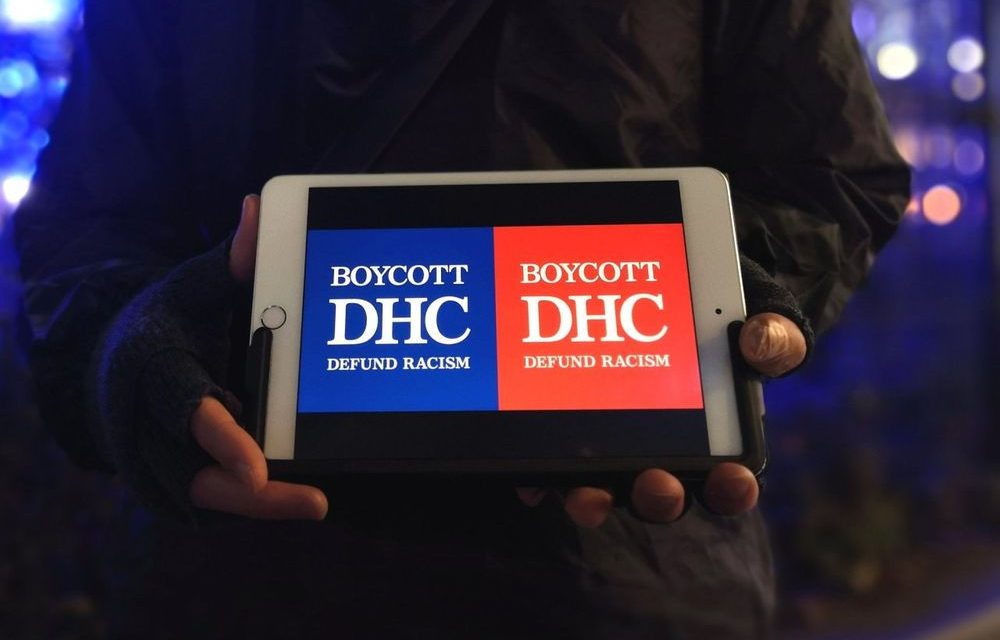 THE WHAT? Activists in Japan are encouraging retailers to cut ties with Japanese beauty company DHC following company CEO Yoshiaki Yoshida’s use of the term ‘Chon’ – a racist term for Koreans, according to The Korea Herald.

THE DETAILS Retailers such as Target and Superdrug are facing pressure from student-led anti-discrimination group Moving Beyond Hate to shun DHC products after Yoshida took to the DHC website in November last year to criticize rival Suntory for featuring too many Korean Japanese models in advertising.

Taking to the post, he wrote, “For some reason, the models hired for Suntory’s commercials are almost all Korean-Japanese. So that’s why it seems they’re mocked on the Internet as ‘Chontory.’”

He continued, “DHC is a pure Japanese company regarding everything including celebrities we hire.”

THE WHY? The comment has angered Koreans due to the discriminatory nature of the wording, as well as Yoshida’s history of racist remarks.

In 2016 the CEO called Koreans in Japan ‘pseudo-Japanese’ before suggesting they return to Korea, according to the BBC.

Social media users are now continuing to call for retailers to boycott the brand, with civic group Korea NGO Center reportedly asking Osaka to investigate the statement in relation to whether it violates the city’s legislation against hate speech.