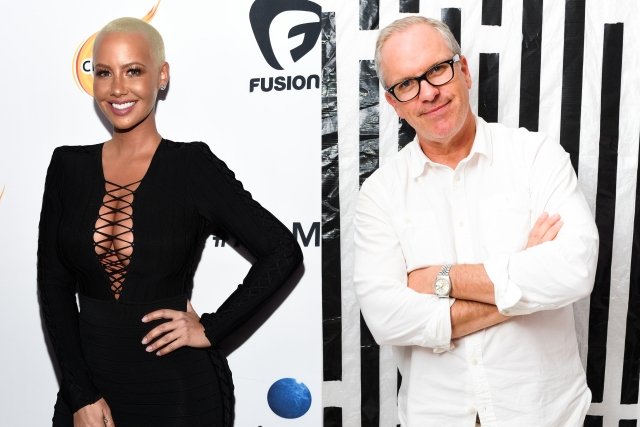 Social media queen Amber Rose is to become the face of a new brand created by the Estee Lauder Companies, Flirt Cosmetics, with Donald Robertson as the Creative Director.

The brand, which is touted as a separate entity from ELC, will be solely available online and has two social influencers guiding its route in the beauty world.

Launching Flirt Lashes as the first product under the range, the brand was launched at The Box on the Lower East Side earlier this week, with John Demsey, Executive Group President for ELC stating it’s a new online brand created for a ‘new generation’.

Rose said, “When he [Robertson] approached me with the idea I was like, I’m tatted, bald headed, I talk about sex like really raunchy — but I’m very sex positive — but I just speak my mind. Are you sure you want me for your brand? I’m not sure. I have SlutWalk and s–t.
“It’s the perfect match. I am their modern-day woman. My 12 million Instagram followers get it,” according to WWD.com.

The brand plans to roll out hero products rather than an overload of various SKUS and hopes to capitalize on Rose’s 12.1million strong Instagram followers to create a social media storm with the launch.