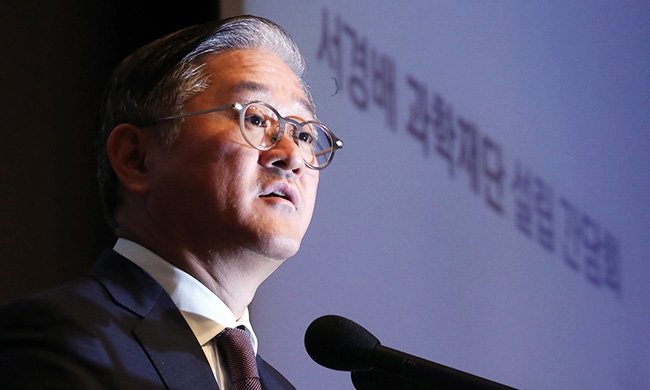 Suh Kyung-bae, chairman and CEO of AmorePacific, has used his own private shareholdings to finance a new science foundation named The Suh Kyungbae Science Foundation.

Ploughing around 300 billion won ($268 million) into the venture, Kyung-bae gave a statement at the Press Centre in Jung-gu, central Seoul, saying, “I first got interested in science while watching an animated Japanese television series, Astro Boy, when I was a kid.
“My father, AmorePacific founder Suh Sung-hwan, always emphasized the importance of talented people in society. I believe talented scientists and their research activities will make a big difference in the nation’s competitiveness.”

Suggesting that it was ‘time to give something back to the public for their support’, Kyung-bae is aiming to support scientists in life sciences with the venture, with three to five young enthusiastic scientists expected to benefit from funding every year.

Operating independently from AmorePacific, applicants will go through an initial documentation process then juries will assess research plans and evaluate ‘creativity, capability and potential scientific impact’, according to the Korea Times.

The time scale will run from November this year, when the first funding plan will begin, with applications being received in January and February next year with beneficiary scientists announced next June.