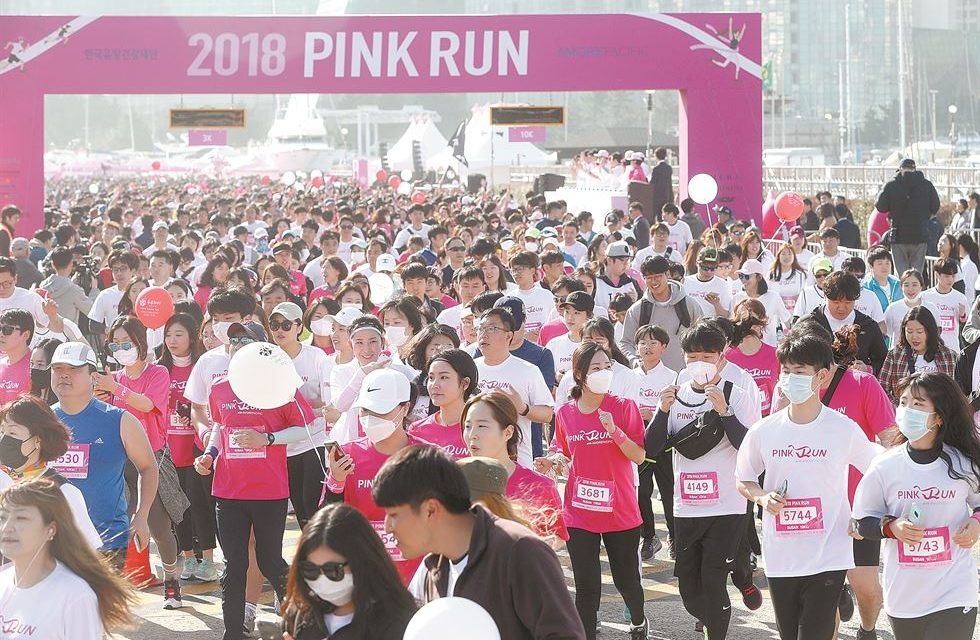 AmorePacific has hosted a marathon event in the city of Busan, named Pink Run, in a bid to raise public awareness about breast cancer.

The event was attended by 5,000 participants, who all received free breast cancer screening and clinical consulting sessions post run, with the money raised from ticket sales being donated to the Korea Breast Cancer Foundation in order to pay for patient surgical expenses and medical examinations.

The 2018 Pink Run had three courses – 3, 5 and 10km – in a bid to attract families to join in, while AmorePacific-owned Sulwhasoo cosmetic brand representative Song Hye-kyo, a Korean actress, also attended the event. The initiative builds on the company’s CSR campaign launched last year named 20 by 20 – aimed at empowering 200,000 women by 2020.

Having launched in 2001, the Pink Run has raised more than 3.5 billion won and had over 320,000 participants since its inception.

Noh Dong-young, President of the Korea Breast Cancer Foundation, said, “A regular test is a must as the breast cancer cure rate hovers around 90 percent if detected in the early stage.
“With Amorepacific, we will have more social awareness projects to improve both the beauty and health of women.”