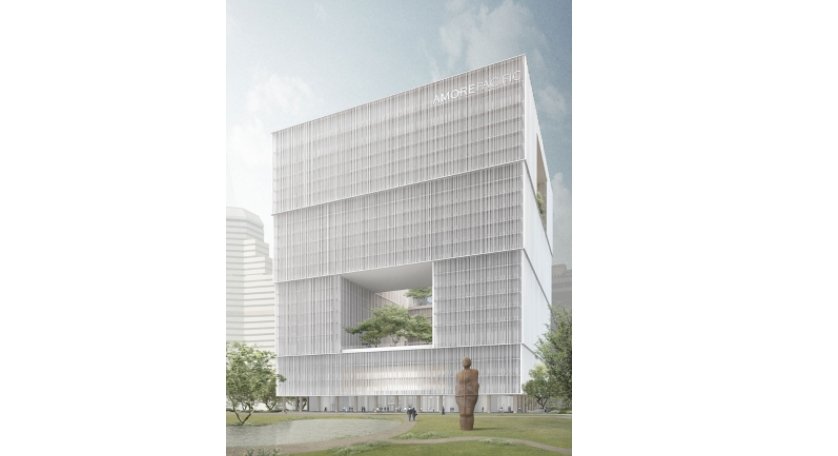 AmorePacific has announced that it will commence the move into its new headquarters today, according to a report published by the Korea Herald.

The design of the K-beauty behemoth’s new building, which was conceived by British architect firm David Chipperfield, was inspired by traditional Korean moon jars. The new development is located in Yongsan-gu, Seoul and boasts a museum, conference area, auditorium, restaurants and retail facilities as well as offices and staff facilities.

The latest building is the third to be erected on AmorePacific’s Yongsan site, and replaces the 1976 building which occupied the same location. An adjacent former US military zone has been transformed into a spacious new public park and International Business District – the largest high-rise development in Korea.