Any color as long as it’s green: beauty retail and the emerging planet friendly trend 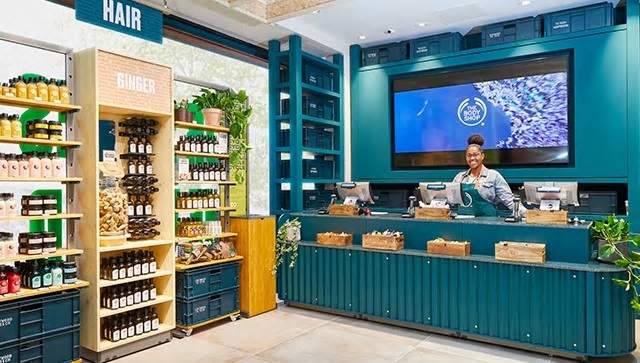 In the week that Greta Thunberg delivered a thundering speech at the UN General Assembly, it can’t have escaped your notice that beauty retailers have been jumping on the eco trend of late – from Boots’ UK flagship to Lush’s Naked store in Hong Kong, there’s been a new planet friendly retail story virtually every week this half.

Yes, as KPMG predicts, planet friendly retail is about to take off. It started in grocery with independent bulk buy and zero waste stores popping up in cities everywhere, prompting the majors to get involved – Dutch supermarket Ekoplaza recently launched what it is claiming to be the world’s first plastic-free aisle in Amsterdam while John Lewis-owned Waitrose is trialling a series of eco initiatives in select stores.

And beauty retail has followed a similar trajectory – small brands such as Canada’s eco + amour have spearheaded a more eco-friendly approach and the majors are catching on. We’ve seen Walgreens Alliance Boots-owned Boots ban plastic bags from all stores as well as launch a flagship in London’s Covent Garden where shoppers can refill their water bottles to keep them hydrated while they browse the 300-odd brands on offer. Lush, meanwhile, has been all over the bar soap and solid shampoo trend, launching several packaging-free stores this year, the latest in Hong Kong and Natura &Co’s The Body Shop this month unveiled a refill station and activisim corner at its new Oxford Street flagship.

And it’s not just stores that have been getting a green makeover – product selections have been revisited too. Target, for example, has drastically upped the number of planet-friendly brands it carries from Meow Meow Tweet to Love Beauty and Planet, and Versed, it’s shelves are heaving with sustainable options.

And no wonder, while health and beauty is the retail industry’s fastest growing sector, according to GlobalData it’s continued growth very much depends on whether it can keep abreast of the rapidly evolving consumer mindset.

“Planet friendly is en route. Sustainability is no longer optional in retail. With the green generation making sustainable shopping a priority, consumers are now shopping with their emotions and values instead of just their wallets,” KPMG asserts in its Retail Trends 2019 report.

Indeed, KPMG reports that one in five consumers would choose a brand if its sustainability credentials were made clearer on packaging or in marketing, which equates to a US$1.13 billion untapped opportunity, according to research conducted by Unilever. Further, Some 42 percent of US and UK consumers surveyed by Globalwebindex claimed that packaging made from eco-friendly or sustainable materials was important in their day-to-day shopping and the number of shoppers willing to pay more to protect the planet has soared from 47 percent seven years ago to 59 percent today.

“As people are conscientious of the impact of their consumption, and the imperative for sustainable action amplifies, it will hopefully accelerate behaviour change in other categories. Beauty isn’t immune. It must be as conscientious as its consumer is going to be,” Harry Rosenbaum, Innovation Consultant at Capgemini Invent told Retail Gazette.

To quote Thunberg: ‘Change is coming whether you like it or not’.