Any color… so long as it’s BLUSH: Why has beauty gone mad for millennial pink? 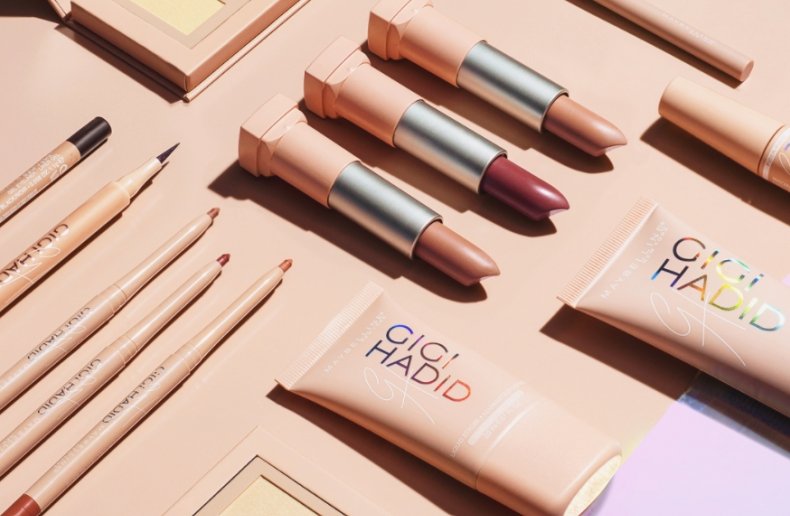 Henry Ford famously told his salesmen that customers could have a car in any color they liked, ‘so long as it is black’ – and it looks like the cosmetics industry has taken that mantra to heart of late, only its switched out the black in favor of the shade that’s charged across social media feeds this year to become the unofficial Color of 2017, millennial pink.

Yep, if there’s one thing that the headline grabbers of the year – think Fenty Beauty, Glossier, ASOS, Lixir, KKW Beauty and Kylie Cosmetics – have in common, it’s their soft blush packaging. Basically, if your new range isn’t wrapped in a nude-pink, is it even a cosmetics launch? Earlier this month Gigi Hadid x Maybelline dropped in the US and UK, and yep, it’s pink people. Point proven.

And it’s not just the packaging, the product has gone all rose-tinted to boot. Grazia called millennial pink as the reigning beauty buzzword for 2017, while L’Oréal Paris says this shade is going nowhere, naming ‘rose blonde’ as its Hair Color of the Year for 2018. And even where neither packaging nor product are pink, you can bet that much-loved shade will crop up somewhere; Aesop just opened the doors on its largest store in Europe and the walls are – you guessed it – ‘rose’, while Forever 21’s new beauty concept Riley Rose couldn’t be more pink if it tried.

Indeed, the hue has been mentioned over 32,000 times online this year according to Brandwatch data, while Pinterest named millennial pink as the most searched term in its 2017 Back to School study, released in July this year.

But is the clock ticking on this trend? Have we reached peak pink? UK department store John Lewis says no, reporting in its annual retail report that sales of men’s pink T-shirts soared 74 percent this year, and Forbes agrees, “Colors ebb and flow, but this one refuses to go away, and it continues to sell product,” writes Lauren Friedman.

So why the enduring love? Why has this shade stuck when others – we’re looking at you Greenery – have been touted as the next big thing?

“It’s tempting to think that once a shade becomes popular enough to warrant its own viral hashtag, it has probably jumped the shark. That said, there may be good reasons that we can’t seem to move on from this shade: it works beautifully with neutrals… and has even be scientifically proven to be calming, even sedative,” writes Jennifer Rose Smith for Camille Styles.

And therein lies the rub, especially when it comes to beauty. For there aren’t many shades that are so very versatile. Pantone’s Color of the Year for 2017, Greenery, may well have influenced floral arrangements and interiors but thus far, we’re yet to see Instagram adopt green eyeshadow, lipstick, nails or even hair.

So while Gen Z yellow may well be the next big thing, with Elle naming it the ‘color to watch’ – and Pantone due to announce its Color of the Year for 2018 in the next couple of weeks (teal has been tipped as a potential too), we believe beauty will still be thinking pink for a while yet.