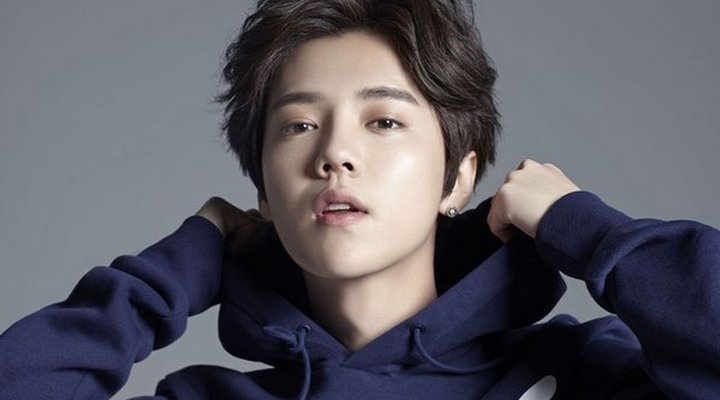 There are some words and phases that just don’t sit right or roll off the tongue, and the term coined for the group of young and beautiful male idols in china is one of them – Little Fresh Meat, politically correct it is not.

But whether you like the term or not (I don’t, so let’s call it the LFM club from now on shall we?), the development is a fascinating one to dissect. Following in the footsteps of Korea’s K Pop movement and Japan’s J Pop follow up, China has over the past couple of years experienced a huge upsurge in the appetite for male stars – athletes, singers, models et all – that are young, pretty and popular. Their appearance as far removed as the stereotypical image of a ‘man’ (think rugged, stubble-clad bloke), and this preened and tweaked group are big business, both in the media industry and it seems, as the trend intensifies, within the beauty world.
Indeed, thanks to the soaring following these delicate, slightly feminine, stars attract on social media – China’s answer to Justin Beiber Actor Lu Han has a cool 40 million followers on Chinese social media site Weibo – the LFM club are in demand, and they command the big bucks. And if Liz Flora, Asia Pacific Editor at research firm L2 Digital research, is correct, it’s worth every penny. Speaking to Jing Daily, she said, “Our data has shown young male celebrities consistently deliver the highest social engagement for brands across categories in China.

“Out of the top 10 Weibo posts by engagement for watch and jewelry brands in the first half of 2018, seven featured a young male celebrity. Five of these featured Wang Yuan of the young Chinese boyband TFBoys. We’ve seen the same type of phenomenon across the beauty and consumer packaged goods categories as well.”

The embracing of the LFM club also shows a change in direction for Chinese consumers, with a clear celebration of diversity and a challenge on the traditional view of masculinity. What is also interesting is what’s driving this phenomenon, with women said to be behind the accelerated growth in popularity of the young beautiful male celebrities.

As reported on Culture Trip, TV shows and movies that star LFM are much more likely to get commissioned. With female audiences tuning in in their droves, it’s a clear indication of a cultural shift within China as to what women deem attractive in a man, clearly showing their preference for more effeminate, manicured, and groomed men. So will this bolster China’s male beauty industry as a result? While LFM is not necessarily new – the term has been around a number of years – it is reaching new heights. So are male consumers aware of this, and will they, as a result, start to upgrade their grooming habits to adapt to the evident change in what is viewed as attractive by women? It seems that this shift is already happening with male millennials, indeed, if I was a man, I might be tempted to update my morning ritual. Likewise if I were a cosmetics product developer with a presence in China, I’d be on the phone to my R&D team quick sharp, getting the male beauty arm in motion…