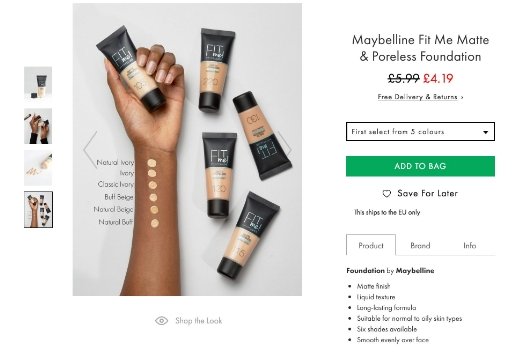 Consumers have taken to Twitter to protest over a marketing image produced by online retailer Asos that displays light shades of foundation on a black woman’s arm, according to a report published by The Voice.

Maybelline was quick to deny all involvement in the scandal, stating on its Twitter account, “This image was not produced by Maybelline. We have foundations for darker skin tones and would never swatch like this.”

Meanwhile, Asos told the Daily Mail, “We are always trying out different ways to showcase products on our site and the colour swatches on models is a new trial in our beauty range. We would never want to cause any offence and this feedback will help us get it right.”

Asos has since removed the controversial images, while the Twitter user who raised concern over the campaign has protested vociferously over the Daily Mail’s use of her tweet and complained to the Independent Press Standards Organization.