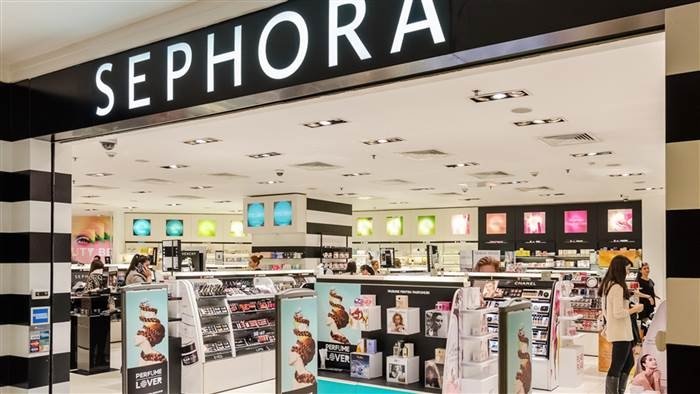 Male comedian Kevin Fredericks, known as KevOnStage, has put out a Facebook Video that mimics the premise that you can splurge at the likes of Sephora or MAC with a $50 gift card, which has now been viewed more than 2.6 million times.

In the video, Fredericks – the husband of Melissa Fredericks who makes up half the beauty blogger duo 2 Brown Girls, alongside DeAndra Giselle – takes aim at the high-end market suggesting he’s unable to even purchase an Urban Decay Naked palette for that amount.

The video is in response to a tweet by a user, which states, “’Cash app your woman $50. So she can go to MAC or Sephora and splurge,’ suggests women are more likely to ‘splurge’ at lower-end retailers.

Speaking in the clip, Fredericks says, “’Splurge, in the Greek, means “to spend freely or extravagantly” — you can’t do that with $50.
“You give your girl $50 to go to MAC and Sephora, y’all gonna end up in an argument because she is going to be frustrated because she can’t get what she wants.
“She for sure can’t get two or three things [with $50]. Maybe a lipstick and a Beauty Blender — maybe. You can’t splurge though.”

Followers took to the social media site to agree with Fredericks, with one stating, “Splurge on what? Samples? You can get a lipstick and a hug for $50.”