Beauty in 2018: A diversity explosion 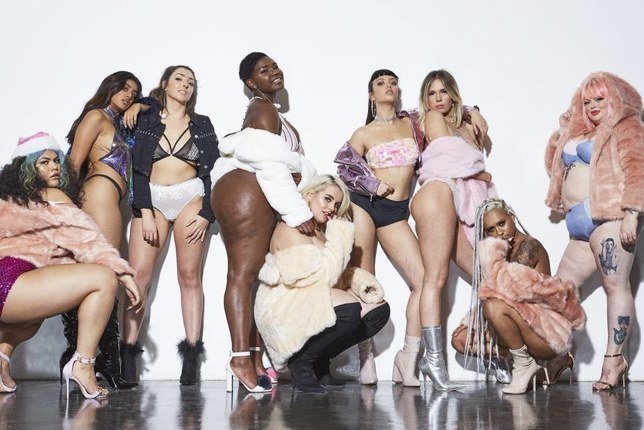 One of the best things to come out of 2018, asides the A Star Is Born soundtrack obviously, is the explosion of diversity campaigns. According to Inside Beauty there were seven million posts tagged with #bodypositive on Instagram, and, as discussed in the GCN In Conversation With podcast, there is more demand for brands to ‘cater to all’.

While brands began to open their arms to the premise of inclusive campaigns in 2017, the tidal wave continued full force this year with advertising within the industry moving steadfastly towards a more inclusive and real offering. Skin ailments, disabilities, ethnic minorities – you name it, it was being celebrated. Progressive media campaigns were popping up all over the shop.

For example fashion and beauty retailer Missguided launched a campaign ‘In Your Skin’ which aimed to change the perception of what is called normal skin. The ad focused on six women with different skin types from burns to albinism. Meanwhile UK retailer Boots took it a step further and created a faceless ad to celebrate ‘contemporary beauty’. Again using six models, each one a different age, shape and ability, the campaign looked to celebrate the women without needing to use their face. Over in the US earlier in the year CVS opted to create new standards for beauty imagery with the launch of its Beauty in Real Life promotional material, while Procter & Gamble also got in on the act with its recent marketing overhaul for its Venus brand, with the ad campaign, ‘My Skin, My Way’. The campaign shunned societal perceptions of ‘normal’ and featured images of people with large tattoos, nose rings and skin pigmentation. In the words of P&G, “Some of the brand’s campaigns in the past have showed only one version of beautiful skin, but the brand is hitting refresh by devoting itself to representation through a new lens. With the ‘My Skin, My Way’ campaign, Gillette Venus will represent more women and stories, shining a light especially on those who defy conventions.”

However, this brings about the question about whether a brand is truly diverse if they feel the need to shout about it. In the words of comedian Romesh Ranganathan in an article for The Guardian, “Trumpeting diversity undermines what you are trying to achieve in the first place. It should happen without fanfare.” Quite. So has 2018 really seen an explosion of inclusive brands? Or has it just been the year of inauthentic ad campaigns looking to tick a box that will lure in liberal consumers. Ones that want to be part of the movement to eradicate the ‘minority’ tagline in favour of an all for one, one for all attitude?

Going forward into 2019, will consumers start to question these in-your-face campaigns, and instead pick up on those companies not making diversity cool for cool stakes, but merely, like ASOS, Urban Decay and, again, as discussed in the GCN In Conversation With podcast, Pat McGrath, champion the movement, without making a song and dance about it? Check out our 2018 in Review in-conversation with… where our panel also discuss this topic.

The 17-year-old model Isabella, who starred in the Missguided campaign summed up the brand’s need to create campaigns focused on disabilities; “But, ultimately, the goal is to have a mixture of women in the same space, so women with a disability or disfigurement are also considered normal.”
It looks like there is a call for not-shouting-about-it to be the new-shouting-about it – but does it generate as much interest/money? Probably not. Going forwards there’s little doubt that the ‘how-forward-thinking-are-we’ diversity campaigns will appear as fast and furiously as ever before, but it may be that marketers have to rethink just how and what they create in order to truly lure in the ever savvy consumer.