Black Lives matter: what happens next 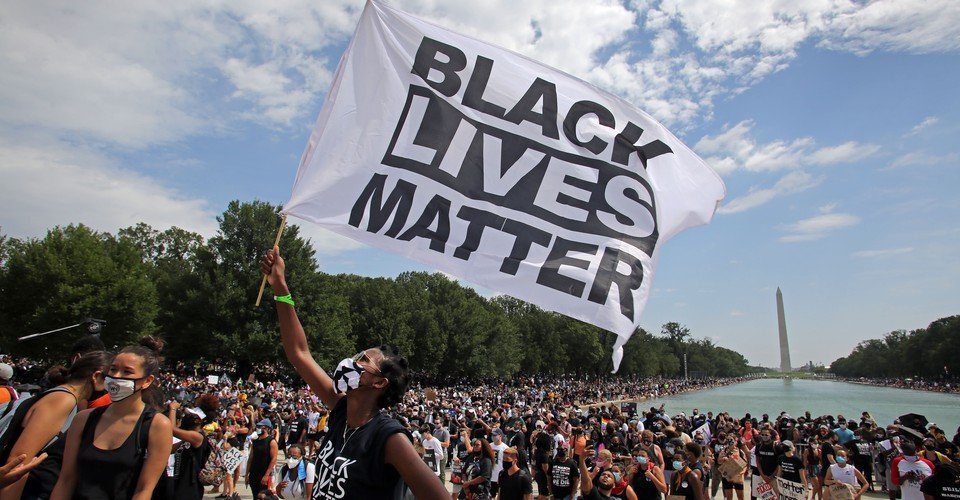 It’s been some months since the Black Lives Matter movement showed renewed impetus in 2020. Following the death of George Floyd in March, the world saw an uprising not witnessed in this generation. An uprising that made waves that were far reaching. Going beyond the protests and the social media tidal surge of calls for racial equality and the end of police brutality against people of color, it became a conversation that was entrenched in boardrooms across the world.

The term ‘black lives matter’ transcended the political and social movement founded in 2013 following the verdict of the Trayvon Martin case, and for many was adopted as a universal term that reflected their affiliation with the cause. Indeed, such was the phenomenal and worldwide unity in the cry for a new social ideal, many pondered whether it was indeed finally a movement, rather than another moment in the centuries-old plea for resolute change.

That call for authentic change reached the cosmetics sphere too. Day in, day out, there were reports of action from the beauty and fashion worlds. Pledges were created and promises were made. Nay, even the queen of fashion Anna Wintour ate humble pie and apologized for her previous lack of black representation during her tenure as Vogue U.S. chief. Beauty brands vowed to listen, address and act, and become more egalitarian. They swore to listen to their black consumers and address their concerns, their needs, and their right to fair representation from their brands.

There was also a telling backlash from employees that took advantage of the conversation in order to shine the spotlight on company failures in diversity representation. Glossier was called out for its treatment of ethnic minority employees, while Munroe Bergdorf again drew attention to her untimely removal from L’Oréal due to her speaking out about racism, with the cosmetics giant quickly pouring hot water on that PR disaster by inviting her onto its diversity board. And there was of course the focus on the skin whitening industry as a whole. With the writing on the wall for an entire market sector based on promoting the superiority of white skin, personal care brands such as J&J and Beiersdorf made hasty product name changes to distance themselves from the flailing sector.

With companies looking inwards, consumers spoke with their cash, with many consciously choosing to spend on Black-owned businesses. Indeed, many Black companies went from no revenue at the beginning of the summer, to an unsustainable demand during the BLM movement – with companies explaining to Bloomberg that the next few months, over the festive period, will prove whether shopping has changed for good.

So what happened next? Well, there are positive signs that the beauty world has not returned to times of old now the dust has settled. To celebrate the re-launch of its iconic i-Divine eyeshadow palette range, Sleek MakeUP has recently launched “I am Divine” – a film that spotlights Black British changemakers and the role of makeup as a form of self-expression and self-care. Talking about the film, Katie Swift, Marketing Director, Walgreens Boots Alliance said, “This campaign marks our wider commitment to using our communications channels as a platform to celebrate the communities we serve and the bold self-expression Sleek MakeUP is helping to facilitate.”

Walgreens Boots Alliance has named its first African American woman to its board, Hudson’s Bay named its first Vice President for Diversity and Inclusion, LVMH drafted in Corey Smith to boost diversity throughout the luxury goods group via the newly created role of Vice President of Diversity and Inclusion, and photographer Dario Calmese has made publishing history as the first Black photographer to shoot the cover of Vanity Fair magazine in its 37-year run. Change, it seems, is taking place.

Beauty companies across the board would be wise to follow suit and avoid taking their feet of the proverbial diversity peddle. Whether it’s an internal pledge for long-term change and accountability, a brand’s marketing strategy, or a consumer’s shopping habit, it’s clear that the current conversation needs to be the aforementioned movement, and not just a moment. The pledges and vows and promises are all well and good, however, diversity needs to be a business strategy akin to the focus and priority now placed on sustainability. The positive takeaway is that some five years ago, environmental agendas were also skin deep. They too were in the name of good PR and in bolstering brand attractiveness to eco-conscious consumers. Now? Now, they’re a fundamental and bona fide mainstay of business.

Cosmetics companies across the globe should be following the lead of LVMH and WBA, and attaching the same strategic thinking to diversity strategies. If they do, in five years from now diversity may be so ingrained, it’s no longer a topic for discussion. Because, in a glorious era when a Black and Asian American woman gets ready to enter the White House for the first time in history, times are changing for good – and the beauty world needs to keep up or risk being left behind.