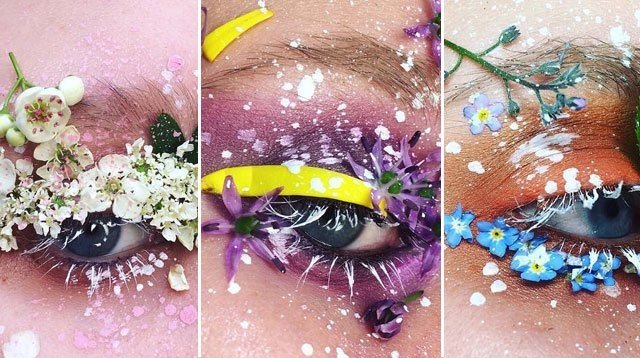 2017. The year of Donald Trump’s inauguration, the triggering of Article 50 for the UK to leave Europe, that Weinstein scandal and, in our world, brave beauty. Yep, that’s right, for one reason or another, the cosmetics market has got increasingly bold this year.

We’ve already previously talked about (hushed voice) vaginas on this blog. But it seems that the trend for highlighting the V is just one example of how the beauty industry is getting more daring. From product styles to product names (Tom Ford just dropped the F-bomb as the name for his latest fragrance launch), brave beauty is becoming a major trend. Again, we’ve already looked at the galactic make-up movement – who could miss the influx of Coachella photos highlighting the countless young lithe women (and men) adorned with silver, metallic galaxy-esque make-up – but there’s more, oh there’s more.

Kylie Jenner, the idolised teen influencer, evolved past product names such as Dolce K and Mary Jo K to the scandal-inducing likes of X-Rated, Virginity, Hot and Bothered, and – the one at the centre of yet another social media outcry – Barely Legal. Meanwhile Brown Betty has launched a range of ‘Color for hair down there’, which is, as the name suggests, dye for pubic hair. Meanwhile colored lashes underwent a resurgence thanks to Pucci’s AW17 campaign – with NYX’s Color mascara in purple getting the thumbs up. Talking of lashes, MAC was also pushing boundaries this year with the launch of a new trend by one of its cosmetics artist Ellie Costello, who took to her Instagram account to develop the ‘terrarium eyes’ movement – eye make-up looks using plants or flowers. Not your average Saturday night smokey eye then. Meanwhile with Bleach London having been championing the rainbow hair trend for a while, this summer it branched out into a make-up range that mirrors its bold hair colors with the line comprising highly pigmented lip kits, eyeshadows and pressed glitter in daring tones. Of course, there’s always someone that takes it one step too far, with The Sun having interviewed a 70-year-old woman who put her glowing skin down to a skincare routine of applying – wait for it – urine to her face. Um, what? Speaking to paper she said, “People think of urine as something dirty, but it’s not. It is your own DNA, and that’s what makes it so powerful… You can use it to treat eczema, psoriasis, rashes, outbreaks, or anything to do with the skin.” Anyone willing to road test this one for us?

But as weird as it sounds, the brave beauty movement is definitely on the up; we’ve got plants, explicit product names, bold colors and even urine. But what is it that’s encouraging manufacturers to drive this trend and embrace a freer way of thinking when it comes to product development? Well, despite some attempts to stem the flow of liberalisation, the memo doesn’t seem to have been delivered to the beauty industry. In fact, it’s quite the contrary. Brands are championing self-love and, more specifically, the emboldening of consumers. Coty, for example, has just rebranded Covergirl’s entire 60-year history, transforming the brand’s ethos to a new celebration of self-expression, while Thea Green, Nails Inc Founder, has just launched a new beauty range INC.redible that focuses on being your own ‘incredible self’.

And that’s just the tip of the iceberg. If I was a betting woman, I’d put money on 2018 bringing more of the same; products and trends willing to push boundaries, challenge perceptions, and jump way out of the box. And if Tom Ford thinks it’s OK to be ‘Fucking Fabulous’, so do we.