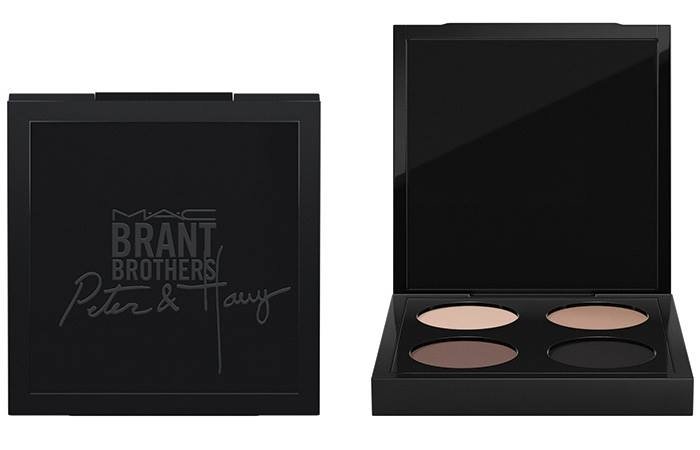 The brothers originally launched the make up range with MAC back in September 2015 in a bid to capitalize on the growing trend for male cosmetics, and has now expanded with additions such as Fluidline Brow Gelcreme and Prolongwear Lipstain Marker.

Speaking to Allure magazine, the brothers indicated that the range was a way in which give make-up shy men a route to wear cosmetics and be proud. Peter Brant said, “I have a million friends, who, in their bathroom, there’s a little drawer that has a couple bits of makeup. They’re like, ‘Oh, yeah, some girl left that here.’ But it’s secretly theirs.”

Meanwhile Harry Brant concurred, speaking to Popsugar he stated, “Men’s makeup has always been there, but it’s always existed in the shadows. Male movie stars, a guy on a runway, even a delegate doing a national debate — they all wear makeup. But we see it move in and out of fashion.”

Harnessing a powerful marketing tool, the Brant brothers took to Teen Vogue to promote the range through a social media video tutorial for men on how to correctly apply the products.