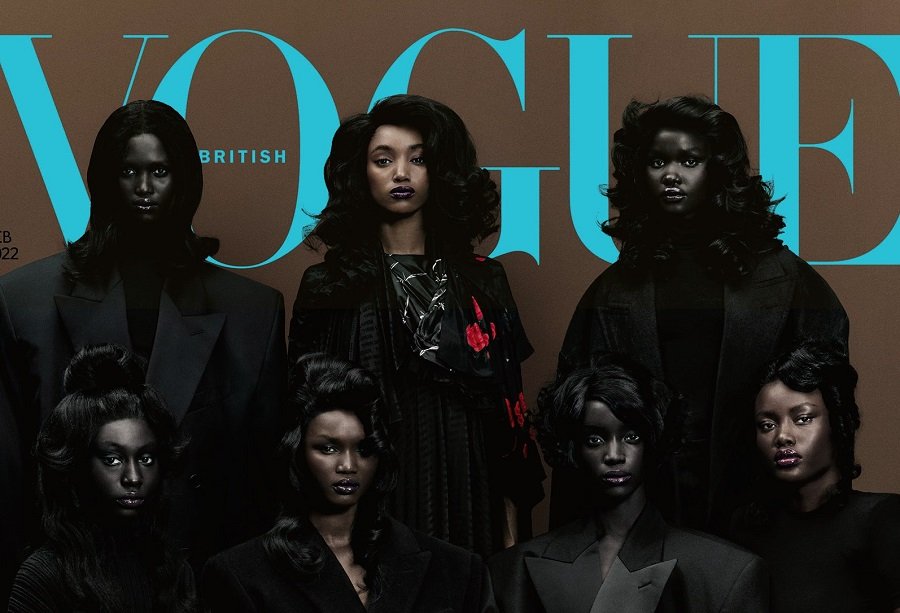 THE WHAT? British Vogue’s February issue hits news stands today with a cover described as ‘momentous’. The Conde Nast-owned title is celebrating African beauty with nine models descended from the continent, pictured together and separately.

THE DETAILS Adut Akech, Anok Yai, Majesty Amare, Amar Akway, Janet Jumbo, Maty Fall, Nyagua Ruea, Abeny Nhial and Akon Changkou are described as a ‘powerful cohort of reigning and emerging superstars who have not only come to rule catwalks and dominate campaigns, but have shifted the lens through which fashion is seen the world over’.

THE WHY? Editor-in-Chief Edward Enninful, explains, “I saw all these incredible models from across Africa who were just so vivacious and smart. These girls are redefining what it is to be a fashion model… Fashion tends to follow waves. We’ve had the Brazilian wave. We had the Dutch wave, the Russian wave, the Eastern European wave. And while, in the last decade, the Black model has come to prominence, I love that we are finally giving more space to African beauty.”