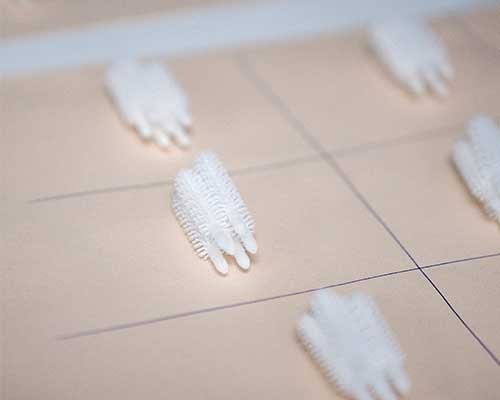 The company first filed the patent for the brush in 2007 and has been working with Erpro Group, based in the outskirts of Paris, to create the product, with six industrial printers set to begin manufacture on the brush beginning June, 2018.

3D printing will be used for manufacturing purposes and has also been used in the design process of the brush, with the printers using selective laser sintering (SLS). Chanel has stated it has patented the processes, which uses “printing successive layers of a polyamide powder polymerized with a laser beam’.

According to Chanel the unique shape of the brush was only made possible by the 3D printing method, and was created after fine tuning its design following over 100 prototypes.