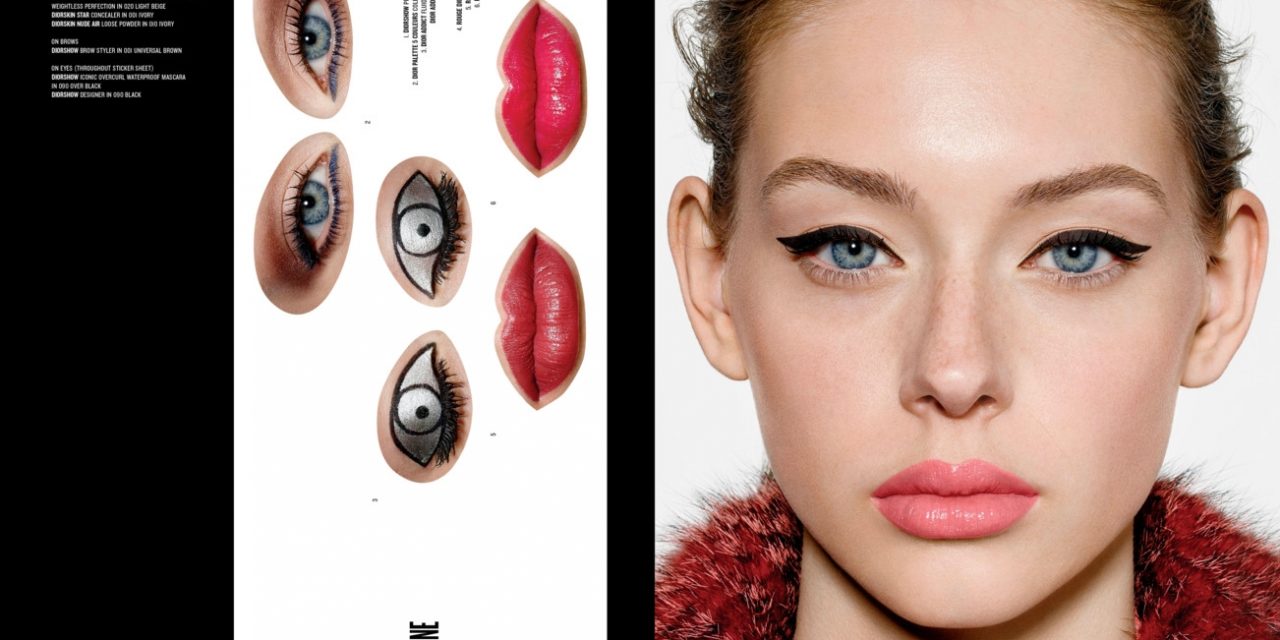 Premium cosmetics company Christian Dior (LVMH) has created an interactive advertising campaign in the fall issue of V Magazine in a bid to draw in consumers, using stickers to allow readers to create different make up looks.

The company’s creative and image director Peter Philips came up with the inspired idea to test out Dior’s newest cosmetics collection. Philips chose four models, who were then shot in portrait style wearing minimal make up. Throughout the magazine were stickers which readers could then use to create different make up looks on the different models.

Looks include a bold cat eye, hot pink lips, spidery lashes and lighter lips. As the stickers are resuable readers could mix and match their preferred make up looks, finding a style to suit them.