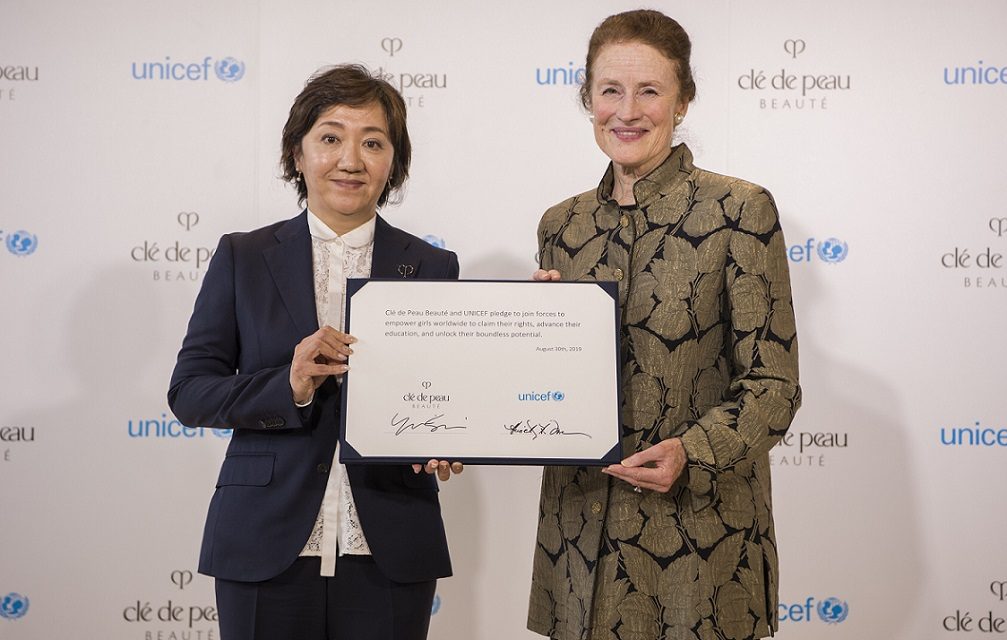 Shiseido-owned Clé de Peau Beauté has pledged the world’s largest contribution of US$8.7 million to support UNICEF’s Gender Equality Program, according to a press release issued by the company.

The Japanese beauty giant’s multi-year global partnership with the charity will contribute to global efforts to support 65 million girls through education, employment and empowerment programs, particularly in Bangladesh, Kyrgystan and Niger, among other countries and regions.

“Education is one of the best ladders out of poverty,” said UNICEF Executive Director Henrietta Fore. “While there has been significant progress in primary school enrollment for girls, too many of them are denied the opportunity to advance to secondary school. Early marriage, poverty, discrimination and gender bias are some of the barriers that girls have to overcome to pursue their education. We all need to do more to help remove these barriers.”

Shiseido will donate a percentage of global sales of Clé de Peau Beauté’s best-selling product, The Serum, to the cause as well as promote the charity’s work through the brand’s online and social media platforms, and in-store displays.

“When Clé de Peau Beauté first launched the Power of Radiance Award in March 2019, we fully intended it to be the start of a long-term philanthropic commitment to being a driving force for positive change. The addition of UNICEF as a partner complements the brand’s efforts to spotlight education and aligns with our corporate vision for social value creation. At Clé de Peau Beauté, we believe that the key to a brighter tomorrow is to unlock the potential of girls. Together, we aim to empower our people in taking a proactive stance with this program to make a tangible, positive difference in the world,” explained Ms. Yukari Suzuki, Chief Brand Officer of Clé de Peau Beauté.