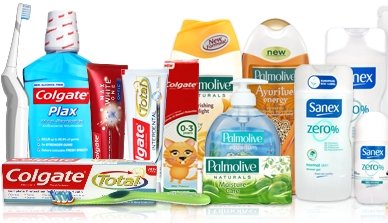 Colgate-Palmolive has revealed that net sales during the fourth quarter of 2014 decreased by 3 percent to US$4,221m compared to the same period in 2013.

However, organic sales (net sales excluding foreign exchange, acquisitions and divestments) grew by 6 percent. Operating profit increased by 12 percent to US$995m in fourth quarter 2014 compared to US$892m during the fourth quarter of 2013.

Gross profit margin was 58.6 percent in the fourth quarter of 2014 versus 58.9 percent in the same period a year earlier. The decrease of 30 basis points is primarily a result of higher raw and packaging material costs, the company has stated.

Fourth quarter net income was US$564m. Net income was hit by US$71m in aftertax charges resulting from the implementation of the Company’s four-year Global Growth and Efficiency Program and legal costs arising from a competition law case.

Ian Cook, Chairman, President and Chief Executive Officer, commented, “We are very pleased to have finished the year with strong, broad-based organic sales growth and higher profitability. Operating profit and net income as a percent to sales both increased versus the year ago period.

“All operating divisions contributed to the 6.0% organic sales growth, driven by positive unit volume growth and, in most divisions, higher pricing. Organic sales grew 9.5% in emerging markets, despite economic challenges in certain countries.

“Colgate’s leading global market shares in toothpaste and manual toothbrushes remain strong at 44.5% and 33.4%, respectively, on a year-to-date basis. We continue to make great progress in mouthwash, with our global market share in that category at 16.9% year-to-date, up 10 basis points versus the year ago period.”

Looking ahead, Cook noted, “As we enter 2015, macroeconomic conditions and foreign exchange volatility remain challenging. Despite that, we anticipate another year of solid organic sales growth driven by a full new product pipeline across all categories and geographies.”