Coronavirus and consumerism: why are people stockpiling and what are they buying? 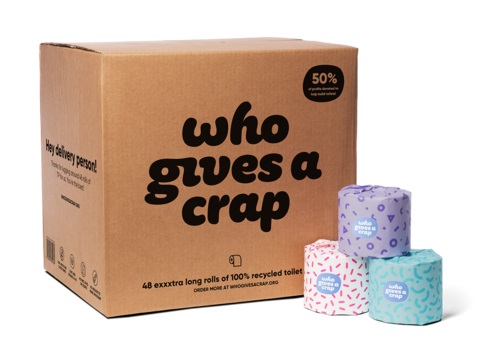 Supermarket shelves have gaping holes where loo roll once stood, shoppers are queuing outside pharmacies at 8am to secure a bottle of hand sanitizer. Yes, coronavirus fever has been well and truly established across most of the US, Europe, Asia and Australia – and I’m not talking about the temperature that is said to be indicative of infection.

Instead, for the vast majority of the world’s population – and let’s remind ourselves that Wuhan alone houses 11.08 million people and the number of cases confirmed across the whole of China stands at 80,761 (at the time of writing) – the only thing that’s ratcheting up is stockpiling fever.

You’re (probably) statistically more likely to have an entire cupboard in your house dedicated to loo roll, hand sanitizer and pasta than you are to have contracted Covid-19; if you haven’t got in on the stockpiling action, you’re the exception. You probably also have a middling grasp of statistics and supply chain, or just, you know, have got through less than a bottle of hand sanitizer in the last five years so aren’t really sure why people are buying multiples – but I digress.

This behaviour is a global phenomenon. It’s largely thought to have started in Wuhan and then occurred around every new cluster of the virus. Supermarkets in the UK are widely reported to have imposed limits on the amount of personal care, cleaning products and long-life food items that can be purchased in a single transaction with Retail Gazette revealing that some one in 10 people have started to panic buy, despite official advice to the contrary. A HIM & MCA survey puts the figure higher at more than a third of UK shoppers stockpiling, with 14 percent stocking up on toiletries.

Business Insider’s reporters found similar behaviour in Japan, France, Poland and the Netherlands. Indeed, Nielsen data reveals that sales of pasta and canned fish have doubled in France, while sales of toilet paper in the US surged 5.4 percent in the week ended January 25, compared to last year’s figures.  Given social media is abuzz with pictures of the crowds at Costco stores across the US and Canada, no doubt that figure has risen considerably since. Australia’s Who Gives A Crap even took out a full-page newspaper ad with the tongue-in-cheek suggestion that readers should use that in lieu of toilet paper as the company had been cleared out of stock.

And while the why behind panic buying is easily explained – consumers are clinging to what they CAN control among a wider backdrop of uncertainty and preparing for what now seems a likely quarantine – what they are buying is, frankly, bizarre. UCL’s Dr Dimitrios Tsivrikos explained in an interview with Sky News that, in times of panic, consumers are psychologically drawn to large items such as loo roll, even if that response is not necessarily rational. That would certainly explain the rush on toilet paper but why pasta and not rice? Why cleaning products and soap but not laundry detergent and shower gel? And am I the only one getting through an inordinate amount of hand cream?

With all this stockpiling, we’ve seen what people think they need for an indefinite period of isolation. What we’ve only seen in China thus far is what they really need. If China and South Korea’s example is anything to go by, forget the loo roll, we should be buying condoms, vitamins, make-up and yoga mats right about now.