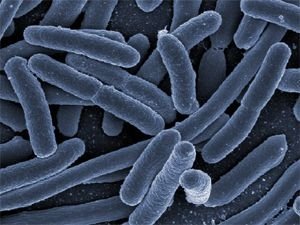 In a bid to make a dent on the skin care market North American company AOBiome is promoting the use of live bacteria for healthy skin and has incorporated a live bacteria solution into its signature product that you spritz onto the face and body.

The spray has been created to reduce the end user’s dependency on soap, deodorant and moisturiser and is utilising the live bacteria to boost skin health. The product has been rebranded under a different name, Mother Dirt – a reference to the origin of the bacteria and will be followed up with the launch of a shampoo and cleanser.

Retailing at $49, the mist came to fruition when the company’s founding scientist David Whitlock looked into the benefit of mud to horse’s skin and discovered the ammonia-oxidizing bacteria (AOB) in the soil must be helping the animal clean itself. Following more research, Whitlock discovered that AOBs convert the urea and ammonia into sweat, which is abrasive to the skin, into nitrate, which fights most bad bacteria, and nitrate oxide, which has anti-inflammatory properties.

Mother Dirt is said to be one of the first products to market that harnesses the power of AOBs without it being harmful to the end user – even if ingested – and has been remarketed to target the all-natural market. New marketing slogans include ‘Rethink Clean’ and ‘Go Ahead, Get a Little Dirty’, while the company chose the name Mother Dirt to highlight the nurturing side of soil.