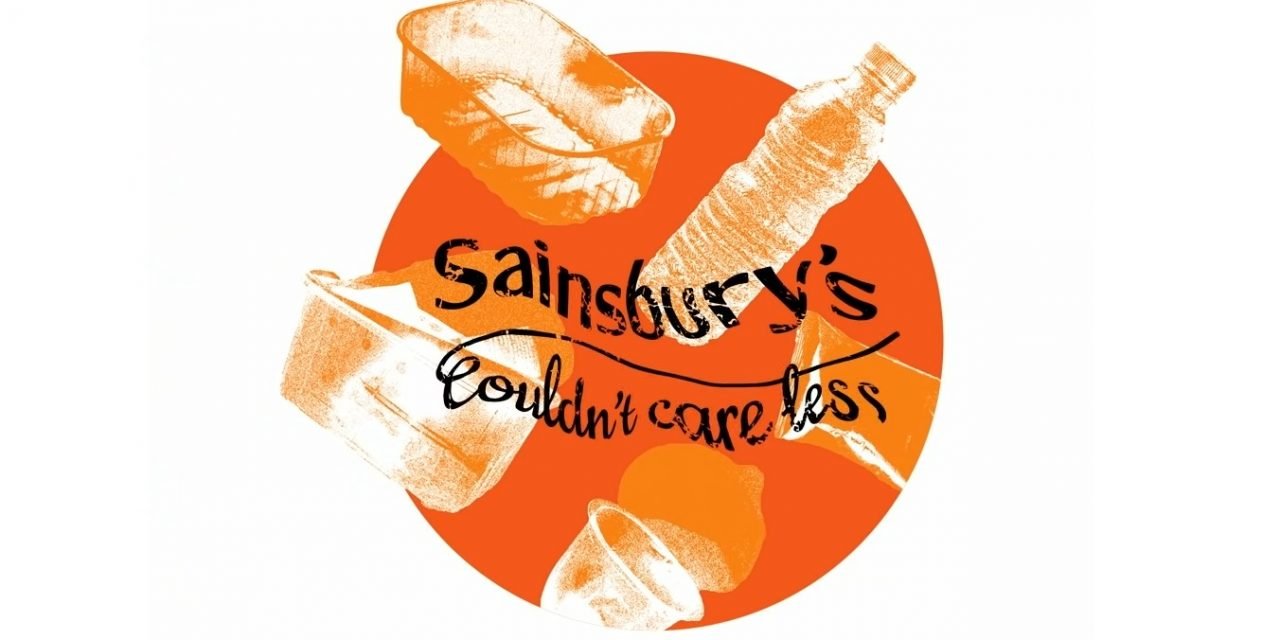 UK supermarket chain, Sainsbury’s tagline has been given a makeover by environmental group Greenpeace. A play on the grocer’s ‘Live well for less’, a banner bearing the words ‘Couldn’t care less’ was hung beneath the retailer’s logo which demarcates its London HQ by activists, according to a report published by The Drum.

Greenpeace reports that Sainsbury’s received more than 4,700 complaints via social media platform Twitter over its unnecessary plastic packaging last year – a 37 percent share of all plastics-related tweets directed at UK supermarkets (in total 12,800). A separate study found that compared to its competitors, the supermarket chain has made little effort to usher in plastic reduction targets.

“Each and every day Sainsbury’s own customers are urging them to ditch throwaway plastic,” Elena Polisano, a campaigner at Greenpeace UK told The Drum. “It looks suspiciously like Sainsbury’s couldn’t care less about plastic pollution. If they want to keep their customers coming back they should step up and pledge to eliminate all unnecessary and unrecyclable plastic by the end of next year.”