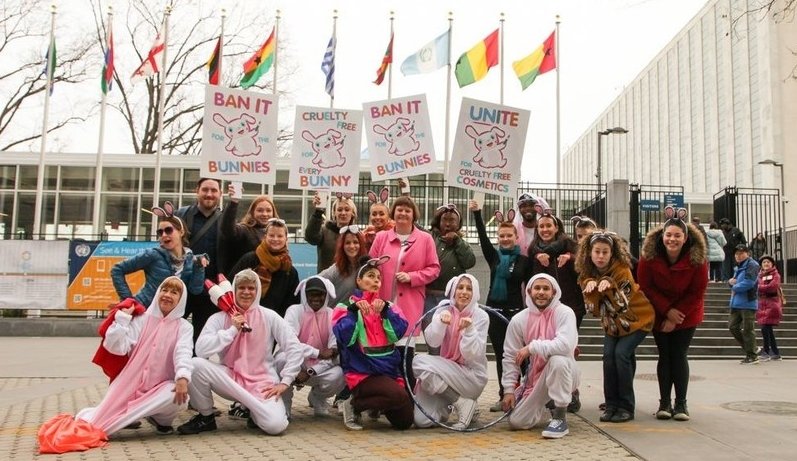 Cruelty Free International has launched a major new campaign to end animal testing for cosmetics on a global scale. The pressure group organized a flash mob outside the UN’s New York headquarters last week to raise awareness, with dancers, jugglers and acrobats in bunny costumes performing alongside protestors.

The non-profit is asking the General Secretary of the UN, Antonio Guterres, to help establish a single standard for cosmetics testing worldwide.