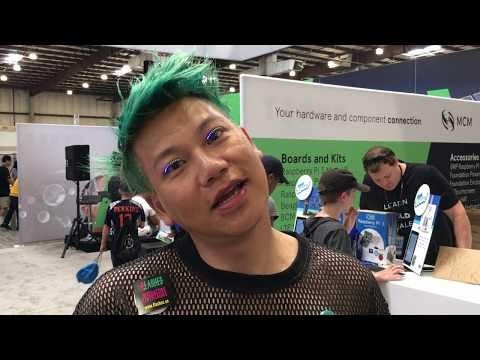 Named F.Lashes, the LED products attach to the eyes with glue as normal, while barely-there wires attach to a tiny watch battery at the back of the wearer’s head. As part of the creation, Pham has designed the lashes to have an interactive element, with the user able to program the lights to go into different modes such as ‘dance’ or to twinkle.

The lashes are currently a prototype, with Pham suggesting the F.Lashes Kickstarter fund will begin in July, a move needed to raise the funds to start production.

Pham took to Twitter to showcase how the LED lashes operate in a short video.