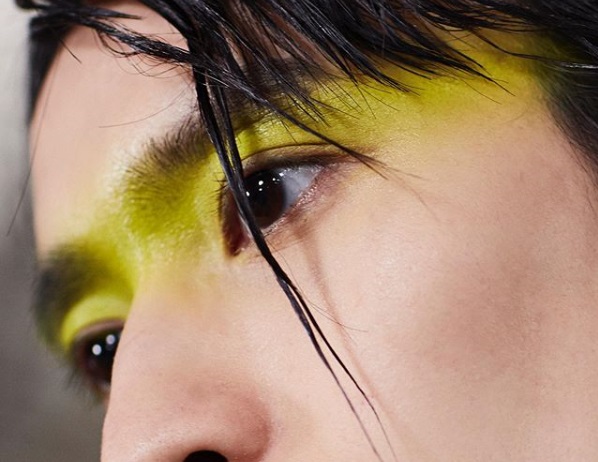 THE WHAT? Dior Make-up Creative Director, Peter Philips created a bold look for the brand’s latest menswear show in Miami, according to a report published by Harpers Bazaar.

THE DETAILS Male models walked the runway with the top third of their face painted with a stripe of neon green, applied with a Tempt airbrush, a look Philips described as ‘cyber surfer who does graffiti’.

THE WHY? As male make-up becomes increasingly acceptable and penetration grows, runway looks will get bolder. Not only is Dior’s look part of the vanguard but so is the Harpers’ article, detailing the base, lip and brow products used on the male models who didn’t sport the stripe.