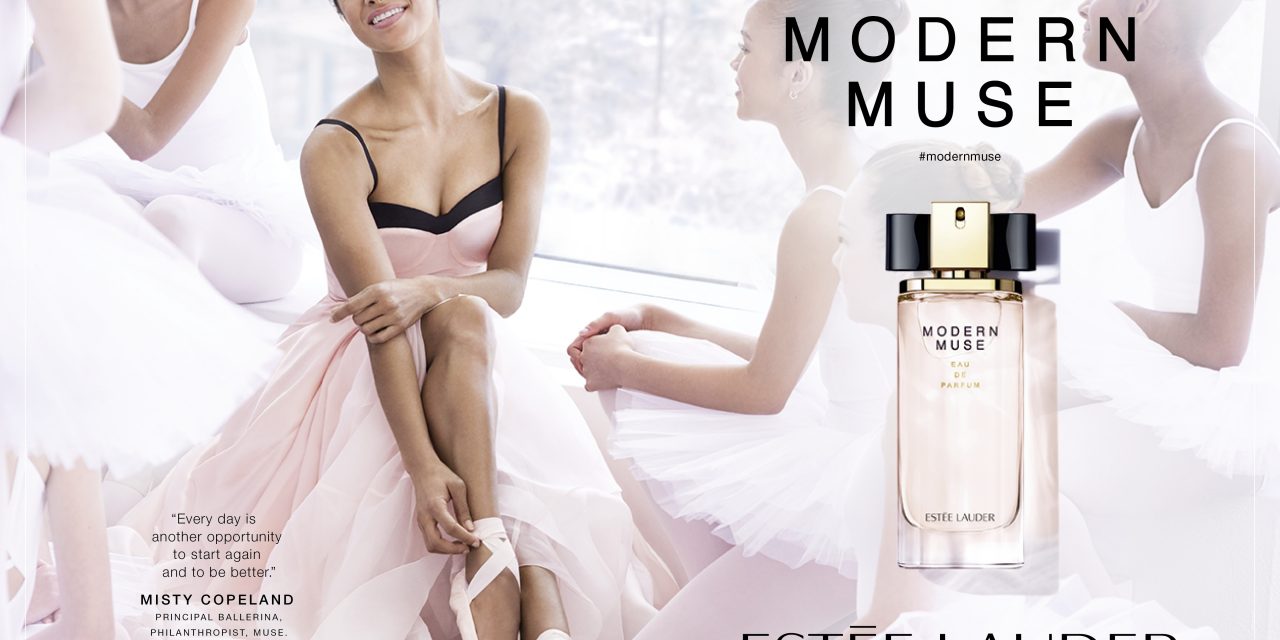 Estée Lauder has announced Misty Copeland as the new Global Spokesmodel for its Modern Muse fragrance. Copeland, who is Principal Ballerina at American Ballet Theatre, will front the fragrance campaign across digital, TV, in-store and in print from this month.

“When Estée Lauder launched the Modern Muse fragrance in 2013, we embraced the idea of women as muses, living life on their own terms, achieving great things and inspiring everyone around them,” said Stephane de La Faverie, Global Brand President, Estée Lauder. “Misty has challenged the status quo to achieve her dreams and inspired so many young women along the way. Misty will bring the fragrance concept to life through her unique story.”

Copeland is the first African-American woman to hold the coveted Principal Ballerina role, as well as the first non-white face to front the Modern Muse fragrance, according to a report published by The Pool.

Meanwhile, in another win for diversity in cosmetics marketing, YSL Beauty has appointed Zoe Kravitz Global Make-up Ambassador, according to a report published by Refinery 29. In this new role, Kravitz will front major global campaigns, the first of which, Tatouage Couture, will be revealed later this month.