Don’t make me up before you go-go? Commuter cosmetics takes off 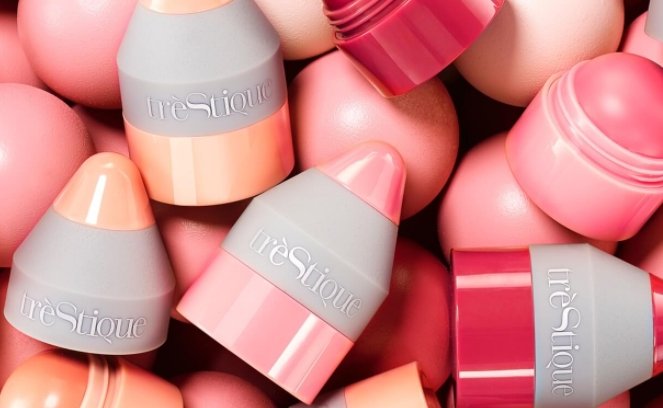 Given that my daily commute involves nothing more arduous than padding from kettle to dining room table, it’s been a while since I’ve had to apply make-up at all for my work day, let alone put my face on while on the go. However, back when my commute took nearly an hour each way then, yes, I frequently took advantage of that time to slick on some mascara. In fact, I was surprised to discover that this practice was in any way taboo.

However, there’s been a slew of articles this year from the likes of Stylist and Refinery 29 about make-up shaming – and Tokyo Corporation has even produced a public information video asking Japanese women to put their lipsticks down while on the city’s train network. Apparently, it’s discourteous to wield a powder brush in public – who knew? Clearly not the 67 percent of UK women who routinely apply cosmetics while in transit, if a 2012 Debenhams survey is to be believed. Or perhaps they know and they don’t care. Either way, cosmetics is missing a trick if it doesn’t see the potential in this habit.

“Ultimately, any negativity from individuals or companies regarding make-up application on public transport has been met with backlash from consumers and women are defending their right to apply make-up on-the-go. Therefore, opportunity exists for product innovations to make cosmetics application on-the-go simpler and more practical, such as solid formats and products that can be applied one-handed and straight from the pack,” says Mintel’s Charlotte Libby.

Indeed, the Debenhams data highlighted that 76 percent of women avoided loose powders because they weren’t compatible with mobile make-up, and that eyeliner was tricky to get right on-the-go.

Enter product development – there’s been a slew of innovations over in the beauty aisle of late aimed at multi-tasking women. Indeed, Mintel data suggests that, in 2014, 4 percent of product launches boasted an element of portability, by 2016, that figure had almost doubled. If I was a betting woman, I’d put money on another rise this year.

Sephora’s Fingertip Eyeliner, for example, was no doubt conceived precisely to address the difficulty of nailing that feline flick as your carriage jolts from stop to stop, while the travel-friendly format of treStiQue’s Tint, Moisturize & Blend Face Stick, which combines base, moisturizer and a blending sponge in one, is perfectly portable. The same brand offers a customisable Essential 8 set, which covers all bases (‘scuse the pun) for those who want their make-up bag to fit in their standard purse. And in a genius masterstroke, caps are magnetic. No more scrabbling around on the subway floor to retrieve lost lids.

Of course, commuter cosmetics have much in common with Athleisure beauty products – in that both categories call for portability and minimal fuss – brands such as E.l.f Cosmetics will be hitting both target markets with its Prep & Hydrate Balm, ditto Tarte’s Gym Bag Grabs, all designed to be convenient to carry. Clinique also offers a carry kit – Pep Start Gym Bag Set – which is designed to fit in a water bottle.

And while I hope I won’t have call to enter the commuter beauty fray any time soon, I can certainly see that these dual-purpose, portable beauties are perfect for those of us whose beauty regime is routinely built around toddlers. Primping while pushing a pram, that’s what I call on-the-go nowadays.