Dove tackles hair discrimination with ‘as early as five’ campaign 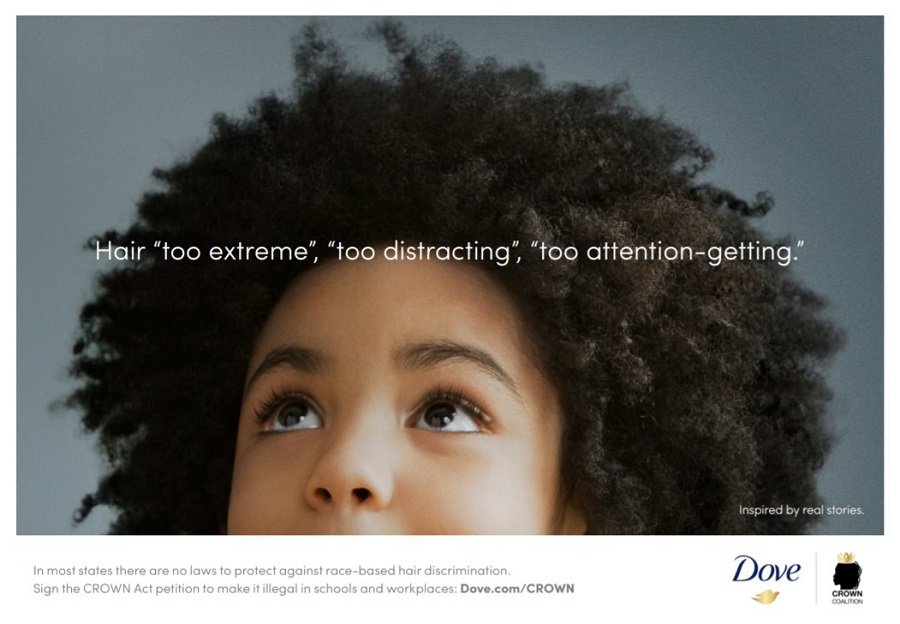 THE WHAT? Unilever’s Dove has released a new body of research revealing the extent and young age at which Black girls experience hair discrimination in schools.

To raise awareness for CROWN ACT legislation, which would make race-based hair discrimination illegal nationwide, the personal care brand has released a short film, titled As Early As Five.

THE WHY? EVP & COO of Unilever North America, Esi Eggleston Bracey, explains, “Our ground-breaking 2019 CROWN research study revealed that Black women are 80 percent more likely to change their hair from its natural state to fit in at the office. Now, this new body of research illuminates the pervasive nature and deep impact hair discrimination has on Black girls highlighting the horrific multi-generational impact of narrow beauty standards in America. These biases continue to perpetuate unfair scrutiny and discrimination against Black women and girls for wearing hairstyles inherent to our culture. This is unacceptable and why it is imperative that everyone join the movement to make hair discrimination illegal nationwide through the passage of The CROWN Act.”