Dove teams up with Twitter to launch #SpeakBeautiful campaign 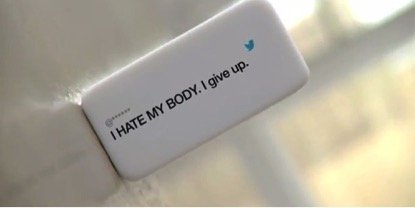 Dove is launching a social media campaign to change the way that women’s appearances are discussed on Twitter.

The campaign is launching to coincide with the Oscars, when discussions about the appearance of celebrities will be trending on social media.

As part of the #SpeakBeautiful campaign, Twitter and Dove will use tracking technology to flag up critical social media conversations about beauty and body image. When a negative tweet is posted, social media and self-esteem experts working for the campaign will reply directly to the tweeter with advice on how to adopt positive online language and habits.

Jennifer Bremner, Director of Marketing at Dove, commented, “Dove has long been committed to instilling self-esteem in the next generation, and we know that women today are 50% more likely to say something negative about themselves, than positive, on social media.

“Ideas and opinions about body image are now fluidly shared every second through social feeds, and sometimes we do not fully realize the resounding impact of the words in even one post. The power to #SpeakBeautiful is in the hands of us all–we can positively change the way future generations express themselves online.”

Adam Bain, President of Revenue at Twitter, said, “Dove has been a leader in supporting women’s self-esteem and body confidence, and Twitter is the natural place for that conversation to unfold, especially on the night of a major awards show. We look forward to seeing how women and communities on Twitter connect and #SpeakBeautiful, both on Hollywood’s biggest night and well beyond.”