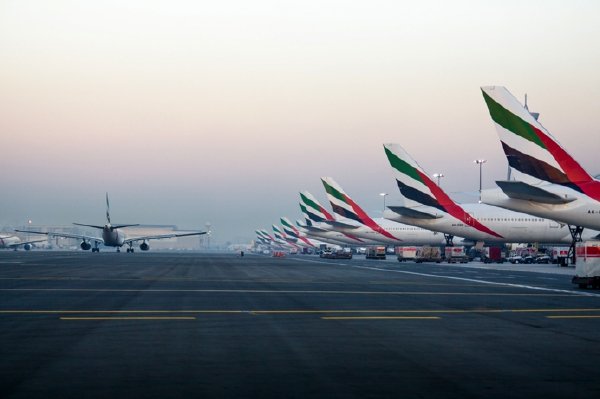 The airport achieved a record number of passengers, up 6.1% on the previous year, despite major runway upgrades that limited traffic for 80 days and grounded Emirates Airline jets.

The surge in traffic is a result of the airport’s rapid expansion and the efforts of luxury Gulf carriers Emirates, Etihad and Qatar Airways and budget airline FlyDubai to handle passengers travelling between the West, Asia and Australasia.

The introduction of wider-bodied aircraft, including the world’s largest fleet of Airbus A380 superjumbo jets, has also enabled airlines to carry greater numbers of passengers.

Flights to and from Western Europe saw the biggest passenger growth, followed closely by destinations in the Indian subcontinent, Asia and North America.

Sheikh Ahmed Bin Saeed Al Maktoum, chairman of both Dubai Airports and Emirates, said in a statement, “This historic milestone is the culmination of over five decades of double-digit average growth. The shared goal is to make Dubai a global centre of aviation and we are nearing that goal.”