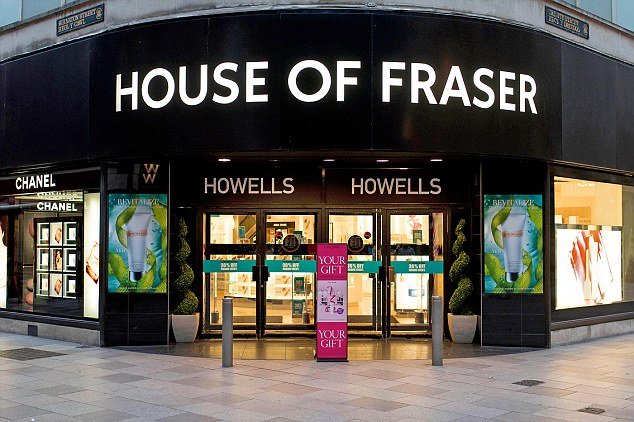 Brands such as Elizabeth Arden are said to be collectively owed £484 million from the failed House of Fraser retailer, with reports that it is doubtful they will receive the money back.

The fashion and beauty department store, which has has been taken over by Sports Direct, is now said to be in a stand-off with brands, allegedly having told suppliers they will not be paid for orders placed before 10th August.

While Sports Direct owner Mike Ashley payed £90 million for the company, much of this is said to be used to pay off outstanding debts, rather than being allocated for suppliers.

According to a report by Sky.com, luxury brands are in a stand-off with new owner Ashley over the direction of the company.

Sources stated, “Some of the biggest brands are in a ‘Mexican standoff’ with Mike Ashley over debt. They are owed a great deal of money and are threatening to leave stores unless he pays a significant portion of it over the next few days.
“They are arguing that the new owner will not be able to build the ‘Harrods of the High Street’ without them but there is a concern about the unpredictable businessman’s handling of this.
“Does he truly want luxury brands in his stores or is he planning to let them go and do something else?”