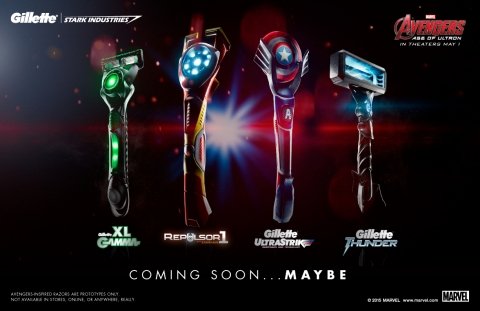 The new line of razors aims to rival Gillette’s most popular razor to date, the Fusion ProGlide with FlexBall Technology.

“Certainly, Stark Industries has access to technology much different than Gillette has developed over our 110 years in the grooming business,” said Stew Taub, Director of Shave Care R&D at Gillette. “We are excited to see what happens in testing as the Avengers-inspired technology is incorporated into the razors.”

Four prototypes have already been developed under the collaboration. They include The Repulsor1 with Exoblade, the Gillette XL Gamma, the Gillette Ultra Strike and Gillette Thunder.