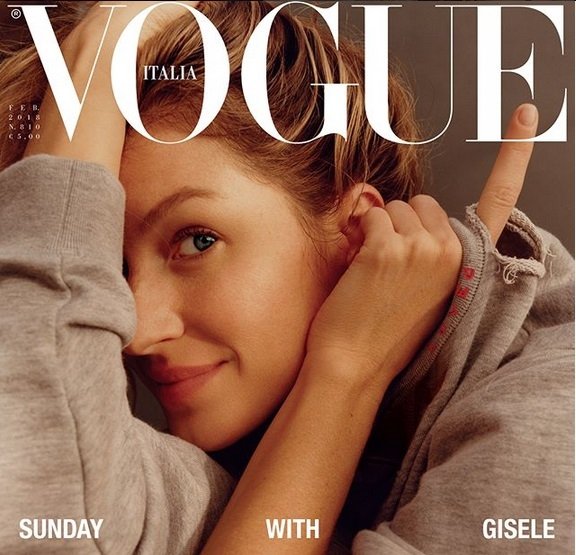 Supermodel Gisele Bundchen has been featured on the cover of Vogue Italia wearing no make-up, according to a report published by Refinery 29.

The cover is the magazine’s first make-up free cover. Shot by British photographer Jamie Hawkesworth and styled by Bundchen herself, the image is said to be captured in natural light on a film camera.

The magazine’s decision to go au natural is thought to represent a sea change in our attitude to beauty, and may well herald the reemergence of skin care as the money category over make-up, which has held the crown for the past few years. Vogue Italia hits newsstands tomorrow.