Going mainstream: are we entering the era of male make-up? 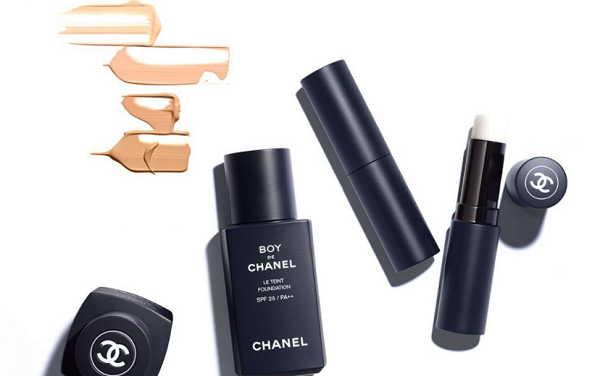 So pop quiz – BB cream, cushion compacts and face masks – what do these three trends all have in common? The answer, as I’m sure all you knowledgeable readers know, is that all of these major trends originated in South Korea and then boomeranged all over the world until they were the biggest things in beauty everywhere.

And now, there’s a new trend in town but, at least to a westerner of a certain age, it’s more controversial than snail slime. Yes, male make-up.

Indeed, last week Chanel announced the launch of its first dedicated men’s beauty range, Boy de Chanel, in South Korea. Due to hit shelves September 1, it comprises a tinted fluid, moisturizing lip balm and eyebrow pencil. A worldwide launch will follow in November (online) with products hitting stores from January 2019. Why South Korea? “It is the country with the highest demand and most advanced in terms of make-up routines for men,” explained Kristen Kim, PR/Communications Manager for Chanel Korea to Forbes magazine. “In fact, their beauty regimens are well developed there with application of make-up products becoming more commonplace.”

And this week, J-beauty brand Pola Orbis unveiled its soon-to-be-launched male make-up line, Fiveism x Three. The range, which includes nail varnish and stick foundation, will be available online and in department stores too.

“Eastern markets are a key platform for awareness and initial growth,” Lia Neophytou, Consumer Analyst at GlobalData told Forbes. “The success or failure of Chanel’s venture in the East, and subsequently in the West, will be a key indicator for other luxury players to potentially invest in this trend.”

Now, almost exactly a year ago, which is when male make-up last hit the headlines as UK-based male make up brand MMUK scored a listing on ASOS, the quote doing the rounds was from L’Oréal UK Managing Director Vismay Sharma who predicted that male make-up counters will hit department stores within five to seven years. At the time, the prevailing reaction was ‘as soon as that?’ Now it looks like it’s going to be considerably less.

Indeed, Mintel says that some 15 percent of UK male under-45s bought make-up in 2016 – a figure that is bound to have leapt since the advent of Snapchat’s dedicated Discover channel, Boy Beauty in January 2017. The Conversation even says this will be the year that male make-up will go mainstream.

Figures from trailblazer MMUK do seem to suggest that male make-up does have the potential to go mainstream. “About 25 percent of our customers are professional straight gentlemen, keen to keep up a healthy and youthful complexion to help them in their careers,” spokesperson Lucy Atkinson told the BBC. “And 25 percent consist of young men aged between 15 and 21 who use our make-up to cover common skin conditions, such as acne and acne scarring.”

The growing acceptability of men wearing make-up in both the east and the west certainly ties into the gender fluidity that is a hallmark of the millennial and Gen Z generations. And while several brands have simply embraced the male ambassador in place of launching a dedicated men’s line, we’re thinking Chanel has the right idea. Because while the French fashion house claims ‘beauty is not a matter of gender’ while simultaneously launching a line aimed at men only – there is one thing that needs to change in order for male make-up to hit the mainstream and that is how it is sold. The average Joe needs to feel included by both the marketing departments and retailers and he ain’t approaching a female-focused make-up counter any time soon. It’s also important to note that while Chanel has appointed a face for the new line in South Korea (actor Lee Dong Wook since you’re asking), it is yet to announce two further ambassadors. It will be interesting to see which route the prestige brand takes. After all, while the appointment of the likes of Plastic Boy, James Charles and Manny Gutierrez for L’Oréal, CoverGirl and Maybelline were ground-breaking, they can hardly be considered to represent the guy on the street. If Chanel scores a famous actor or sporting personality – someone groomed but decidedly NOT a beauty blogger/vlogger – male make-up will be well on its way to mainstream.