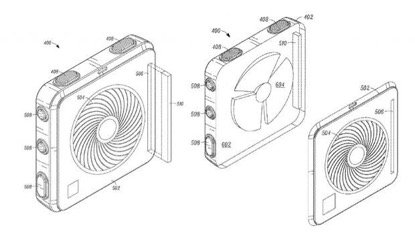 Google has been granted a patent for a “fragrance emission” device that users can strap onto their bodies to digitally monitor sweat levels.

The patent, which was originally filed with the US Patent and Trademark Office in 2012, is for a wearable “odour removing device” equipped with a small fan and sensors that track your sweat. Whenever the device detects rising levels of body odour, a fragrance is automatically emitted via the fan.

According to the patent, the device will dispense the replacement odour at personalised levels according to the user’s “sweat history” and medical history.

Furthermore, the device is linked up to the user’s social media contacts and if it detects that body odour is rising to a socially inappropriate level, it will alert the wearer of any contacts that are nearby.

A GPS system is also integrated into the device to offer “an alternative route to travel such that the predicted odour may not offend others that are socially connected to the user.”

The patent doesn’t cover exactly how the user could wear the device.  And although the patent has been granted, Google is yet to announce retail plans for the product.