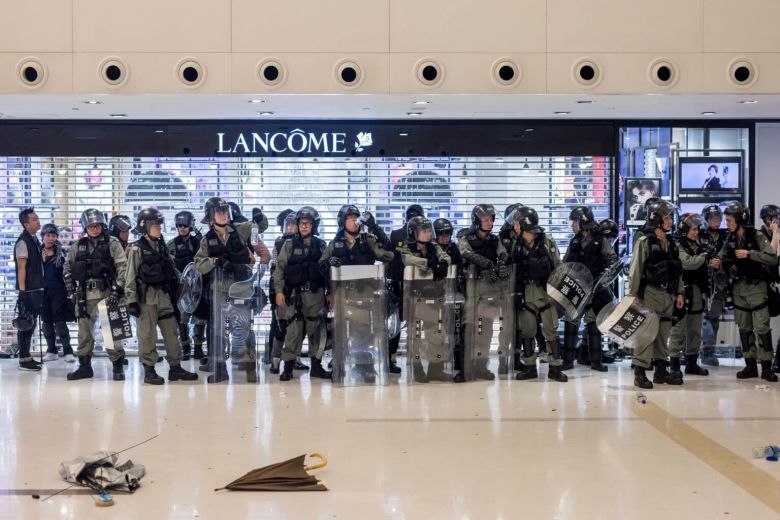 Here’s what we know about luxury: consumers love it, and no more so than in China. You only have to look at the latest LG Household and Healthcare second quarter results and its luxury arm’s 30 percent rise in this period to prove this. Indeed, such is the importance of the sector that the brand is said to be streamlining mass market brands while placing greater emphasis on high-end offerings such as Whoo, Su:m, and Ohui. Proving the lure of luxury further, K beauty honcho AmorePacific’s high end brands Sulwhasoo and Hera rose 30 and 80 percent respectively in the second quarter, however, overall the company saw a slow second quarter increase of 1 percent, which has been put down to its continued drive of mass market products that are failing to garner the same pull.

However, while luxury is most definitely having a ‘moment’, it’s power at the top is currently being threatened by a hostile situation within Hong Kong, with persistent anti-government demonstrations and protests not only blocking roads and affecting flights, they’re seemingly having a detrimental effect on the prestige industry too, with demonstrators affecting the luxury shopping district as well as other locations.
Indeed, having been ongoing for nine weeks now, the protests, originally focused on a controversial extradition law, are now widespread with demonstrators blocking key shopping areas within the city – thus resulting in consumers feeling threatened, and actually unable to access luxury stores. According to a report by Bloomberg, luxury Chinese buyers are anxious about entering Hong Kong, fearing being caught up in the rallies. This therefore resulting in key shopping areas for mainland Chinese consumers now seeing a significant fall in shoppers for weeks now.
Discussing the situation on a call to analysts, Andre Hoffmann, Vice Chairman at L’Occitane said, “Hong Kong has been challenging. We lost several trading days in the quarter due to the protests. Chinese tourists spending in our shops has declined — all these are a bad cocktail for our business.”

And L’Occitane wasn’t the only brand feeling the pinch – Prada, Hugo Boss and Ralph Lauren are just some other luxury names that have announced store closures.

At the time of writing, there currently isn’t an end in sight to the uprising – the controversial bill has been suspended rather than fully withdrawn, as is the demand by protestors – however, prestige brands shouldn’t hang up their boots and run for the hills just yet. While the disruption is hitting sales and is predicted to cause further gloomy forecasts going forward into 2020, it’s not the first time a situation like this has been surmounted successfully. As Bloomberg rightly mentioned, Hong Kong went through similar uprisings in 2014 and, while perhaps less unruly and for a shorter period, the market did stabilize itself, with retailers ‘bouncing back.’ So while, yes, the industry will perhaps be in a recovery period for some time, the power of luxury is strong, and Chinese consumers will undoubtedly be back and hungry for even more going forwards. Let’s just hope the situation is resolved sooner rather than later, for the good of all involved