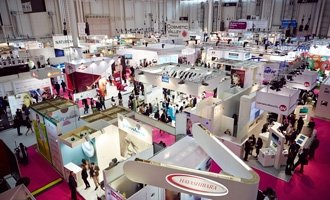 Attendance was the highest in-cosmetics has ever registered for an in-cosmetics event outside Paris. The show attracted both international and local visitors, with 27 percent of visitors coming from Spain.

A total of 105 companies exhibited for the first time. “This large number of first time exhibitors not only points to a thriving sector, but also the expanding influence of in-cosmetics, as the show cements its position as the place to be seen in the cosmetics ingredients industry,” a spokesperson for the event commented.

The event was attended by global manufacturers from across the cosmetics ingredients industry such as Naturex, Evonik, Croda, Dow Corning, Lonza, BASF, Ashland, Lipotec and Lubrizol.

A 25 Years of Innovation Award was added to the regular in-cosmetics Awards Ceremony. Over 1,000 show visitors and a panel of industry experts voted, chosing Sederma as the recipient of the award, recognising its Matrixyl ingredient as the ingredient which has had the greatest impact on the personal care ingredients industry over the past quarter century.

Olga Gracioso, Sederma Marketing Director, who received the award, commented, “Matrixyl® is born from the capacity of Sederma teams to innovate and develop effective products that answer customer’s needs for years. Matrixyl® is not only a product, it is now a brand with a range of several active ingredients. So I am very happy with this prize that recognises the efforts of our teams in making Matrixyl® become such a sustainable success story!”

“We also owe this success to the consumers who value Matrixyl® efficacy and praise for it. Many brands now claim Matrixyl® inside* on their packaging which is a guarantee for efficacy, Gracioso added.

For the first time, the show’s Innovation Zone Best Ingredient Award was split in to two categories, with Induchem receiving gold in the Active category for Brightenyl product, a first generation active ingredient designed to be activated upon application, by the skin microbiote.

Dow Corning was awarded gold in the Functional category for 3901 Liquid Satin Blend, a fluid which creates a long-lasting feel of lubricity while delivering a stringy yet novel structure.

The Green Ingredient award, in association with Organic Monitor, was given to Laboratoires Expanscience for Aqualicia, a natural ‘3-in-1′ active ingredient which entraps, distributes and limits water loss of the skin.

The winners of the Beiersdorf Innovation Pitch were also announced with Azelis, Silab and Symrise all given the opportunity to market their innovations with Beiersdorf.