In defence of mascara: the beauty staple that we can apparently now live without 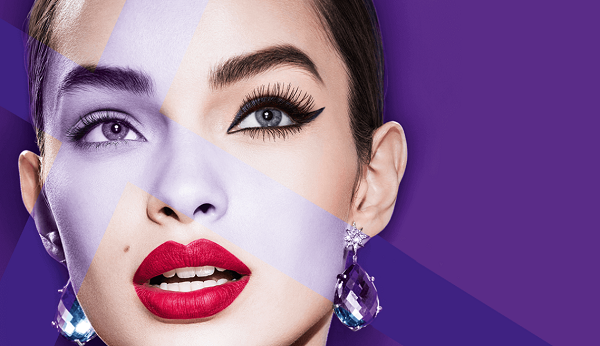 As a journalist, I meet a lot of people. I have spent weeks at a time with complete strangers making polite chit chat from 8 in the morning to 11 at night. In my experience, when all other subjects have been exhausted, everyone loves to reminisce about the first single that they bought. That is, everyone except me. It really wasn’t a formative moment in my life. But the first time I discovered mascara and fake tan? Now that’s what I call life-changing. Admittedly, the fake tan experiment didn’t go so well at first but mascara. Sigh. Mascara. Mascara changed my life. Suddenly my teeny, tiny eyes were opened. Literally and figuratively.

So I was astonished to hear Laura Craik claim the end is nigh for my BBF (bestest beauty friend). Yes, according to a report published by The Pool, growth in mascara sales is predicted to slow – from 4 percent to 2 percent by 2021, per Euromonitor, and the likes of Fenty, Anastasia by Beverly Hills, Kylie Cosmetics, KKW Beauty and Huda Beauty simply aren’t bothering with it. Given that they are the brands of the moment racking up more column inches than Love Island with every launch, that’s a problem for my dear old mascara.

Craik, citing Business of Fashion, attributes this to the fact that mascara isn’t an easy product to perfect. But I say that is exactly its worth. Surely, the presence of a mascara shows a brand’s pedigree – this is no flash in the pan marketing wheeze. This is a serious contender prepared to invest in R&D. Plus, mascaras are telling – a brand will often pick a side, say feathery and subtle or big and bold – and you’ll know from there whether the rest of the line is for you.

Craik also says she, like many out there, have crossed to the other side – that is lash tinting and extensions. Indeed, as Mintel Senior Beauty Analyst Sarah Jindal told the Business of Fashion, “People are willing to invest a little bit more in going and getting a lash lift or lash extensions, because they know it then makes their routine in the morning that much easier.”

In other words, if your beauty routine is more complicated than some (ahem, OK, mine), it makes sense to cut out a couple of steps – even if that step is a two second job that can be performed while simultaneously taking on a bit part in whatever Disney-inspired fantasy world your four-year-old has dreamt up this morning and scrolling through Instagram. Just me?

So yes, lash extensions may be on the rise according to Blow Founder Fiona McIntosh who notes this is the company’s fastest growing service. I, too, have been there my friend. And boy did I adore my Bambi-esque lashes. That is, until they started to fall out.

For, sure, lash extensions are wonderful if you have both the time and the money for the maintenance required but I have neither (see above, re journalist and mom). Mascara on the other hand requires zero skill: you don’t need to watch a YouTube video to master its application; you don’t have to blend or blot and you don’t even need to buy a separate brush or special sponge. Nowadays, it mostly stays put until you choose to remove it. You can eat with it on, run, laugh, even cry. In short, mascara is novice-level, fool proof, democratic.

And while Euromonitor sees sales slowing, the results of a 2017 consumer survey published by Statista suggests that 45 percent of 18 to 29 years olds use mascara every day; versus just 20 percent of those aged 60 years and older – suggesting quite the opposite. Meanwhile Mintel reports that mascara was still the most purchased make-up product in the UK in the 12 months to June 2017 with 57 percent versus 49 percent for lipstick and 46 percent for foundation.

In other words, it looks like mascara has not been made redundant yet. Oh – and in case you were wondering, it was Bonjovi’s Keep the Faith. What can I say? I was thirteen.