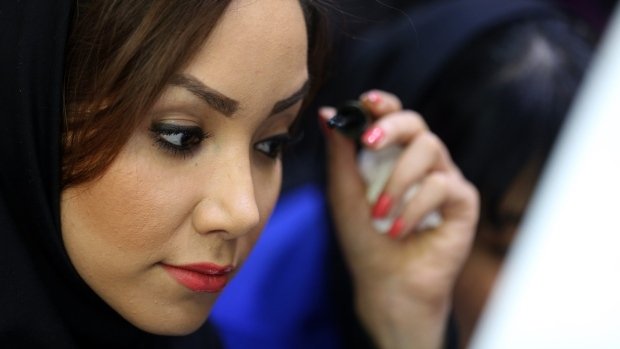 In markets as fast paced as personal care and cosmetics, eagle eyed marketers keep their finger’s to the pulse when it comes to the profitability of emerging regions and continue to drive forward with fierce entry campaigns to take a slice of the market early on.

And one such untapped region is Iran; with one of the largest cosmetics markets in the world, at US$4 billion a year, it’s a gold mine yet to be penetrated by the international powerhouses.

Despite being in its infancy in terms of multinational brands, there’s no denying it, the buzz is growing. But will government sanctions in the strict Muslim country put paid to any ambitions ideas from the beauty behemoths to push forward and profit from this as yet untapped market?

Indeed, it’s undeniable that the region has significant growth potential and consumers are said to be slowly but surely catching on to make up and personal care, with one foreign company tapping into this growing consumer knowledge and awareness – Germany-based flavors and fragrance company Symrise.

The company opened up its own site in Tehran, which includes sales offices and application-specific laboratories, last week. As part of its strategy to surge ahead in the market the fragrance maker is hoping to gain knowledge about the local consumers and create products specific to those on the Persian Gulf region.

Dr. Heinz-Jürgen Bertram, Chief Executive Officer of Symrise, has highlighted its dedication to the Iranian consumer. “Having our own site in the region underlines our dedication to Iranian customers and this attractive market. We are thus a step ahead of many other international companies.
“The country has good liquidity and already ranks among the 20 largest economies. Iran has the fourth-largest oil reserves in the world as well as other natural resources. Experts expect the gross domestic product to double soon.”

Although despite this vote of confidence for the region and its potential profitability, there are murmurings of discontent that religious sanctions and a strict government will cut short any plans of an onslaught of international multinationals taking a slice of the pie.

Indeed, a report by Reuters has suggested that several barriers to entry continue to exist for western brands. As Reuters points out, conservative factions in the government are still heavily resistant to western influences, despite sanctions being lifted in January this year. Brand Management Consultant Afshin Sadehizadeh told Reuters, “The way women look and dress is still one of the red lines in the Islamic Republic.
“The brands going to Iran should be ready to face resistance from conservatives or even get shut down and expelled from Iran.”

Another barrier to entry is the country’s banking and business regulations.

The question is, will the international brands bow to the government sanctions and strict religious restraints, or push forward with global expansion strategies into this untapped market and deal with the repercussions as and when they arise? Only time will tell.