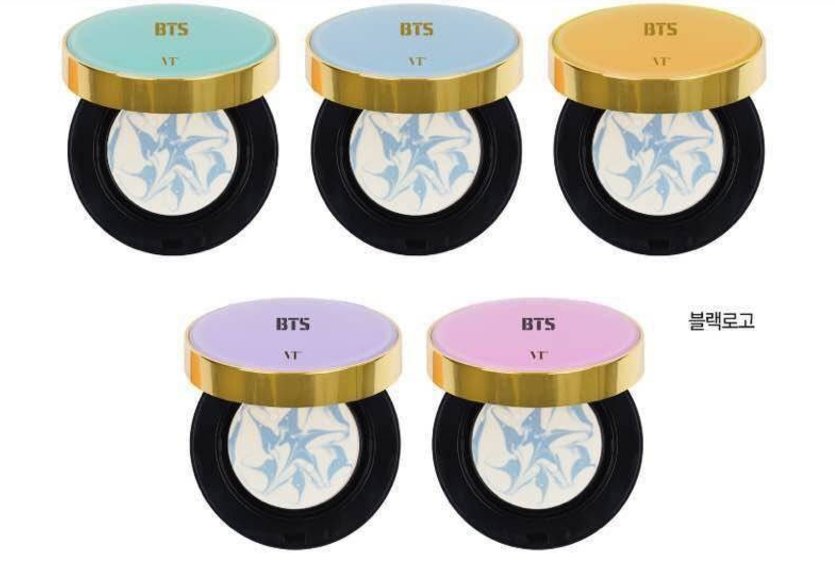 Korean boy band BTS has lent its popularity to a new beauty collection, according to a report published by Korea Portal.

The band has teamed up with VT Cosmetics to produce a dedicated line of sun essence cushions, known as BTS x VT Essence Sun Pact, which launched last week.

The Platinum-certified group’s members have each chosen a shade to grace one of the compact’s packaging, with seven available in total.

“BTS x VT Essence Sunpact is targeted towards people in their teens and twenties utilizing BTS’ 4 million fans worldwide through the collaboration,” a spokesperson for VT Cosmetics told Korea Boo.