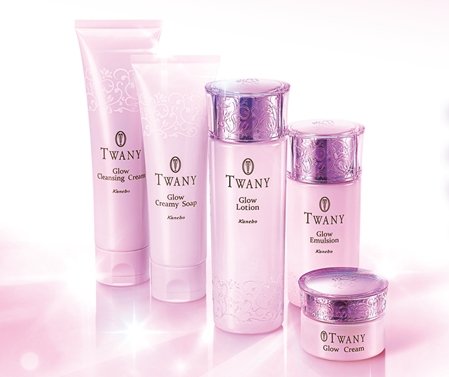 Kanebo has launched a new skin care line aimed at women aged 60 and over. The Twany Glow range was conceived in response to the statistic that women aged 60 to 69 make up almost 40 percent of Japan’s cosmetics users and their per capita spending is the highest.

“Women in their 60s belong to Japan’s baby boomer generation, which has been at the forefront of mass consumption, and they care about their appearance. Our research revealed that 90 percent of these women use skin care on a daily basis, which is a higher ratio than for younger generations,” explained Yukio Makino, Twany Brand Manager at Kanebo.

The new line-up comprises a cleansing cream, creamy liquid face soap, lotion, cream and emulsion, retailing at ¥1,800 to ¥5,000 and is designed to address the specific needs of women aged over 60, namely low sebum content. The packaging has been designed to be easy to grasp, with easy-open gaps and anti-slip relief patterns.